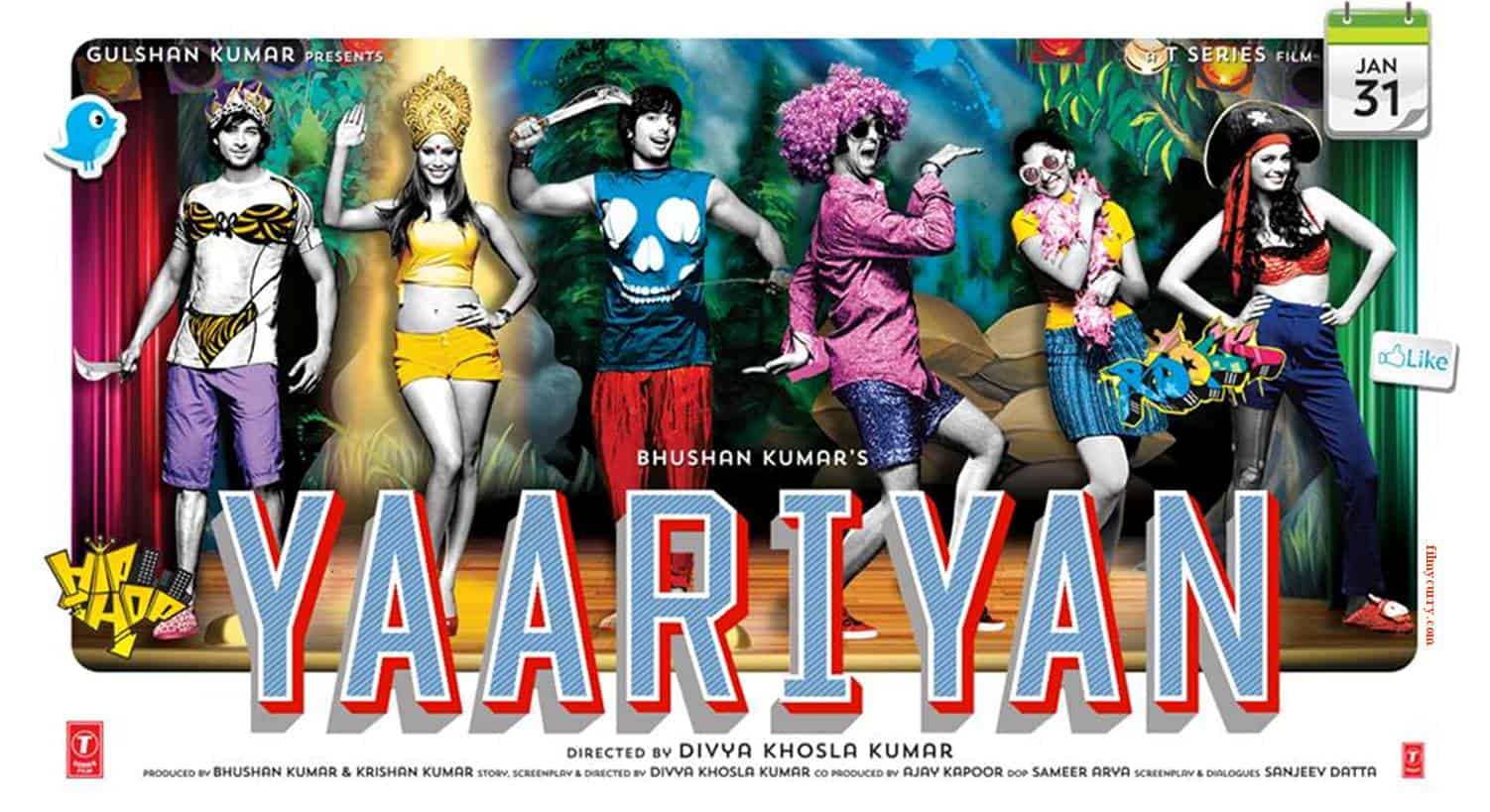 Finally a movie which 2014 can be proud of. This flick reminds me of “Jaane Tu Ya Jaane Na” and “3 Idiots”. It perfectly justifies why the youngsters today are called the generation X. It is idiotic and sometimes unbearable, like when all the lead actors get together to talk about life (we know life! and we have heard it thousands of times!) or when love happens and then it doesn’t stops. Well, the idiocy and the careless comedy featured in thew movie is after all its plus points. The film has been shot around the globe and India and encapsulates the sets beautifully. It’s like bringing different characters to life through inanimate objects and natural trysts.

With the title depicting what all the movie is about and the trailer was never ‘in the dark’ types – If you feel the heat and need to find out if the characters college days are anywhere near yours, or going to be… then jam up your mood and walk in the theater.

Nothing new with the story but the twists are good and it is the sane mixture of romantic comedies and all the college stories of all these years. A memory walk down through narration of 5 close knit friends and their life, love and challenges.

The new cast always gets the cane if they aren’t spectacular or mindblowing because in Bollywood, first timers are expected to blow your speculations to a totally new level. If we go down soft on expectations and watch this movie – it seems that beauty pageant winners and the weird next door guy can act quite well. The hypersexualization of college girls — or rather, every female except for the mothers of the two heroes — and the casual ‘boys will be boys’ attitude of the film disappoints us for the actors were not pushed to their ‘better’ limits.

It is the sort of film that makes “Student of the Year” look like “Au Revoir les Enfants”. And the prettiness, dumbness are all bearable for the film is charming enough to please one and all. There is a patriotic angle to the movie – which was clearly not needed and thus, beware of it. It has the potential of solely ruining your movie watching experience. Everyone has oodles of youth plastered on their faces but a little brushing up would not have hurt. The direction is just fine, the cinematography is strong but palpable.

Now, Now, the music is fabulous. The soundtrack for the film will be composed by Pritam and a special number by Honey Singh titled ABCD has been on the lips since it came out. I personally loved all the songs, and they are worth mentioning. ‘Baarish’, ‘Sunny Sunny’ is so singable and the title track has amazing soundtrack.

Divya Khosla Kumar has done some job and the music with soundproof surrounding soothes your weekend in all the right ways possible. A over done storyline and with the same old college goodwill, still, Yaariyan will amaze you.