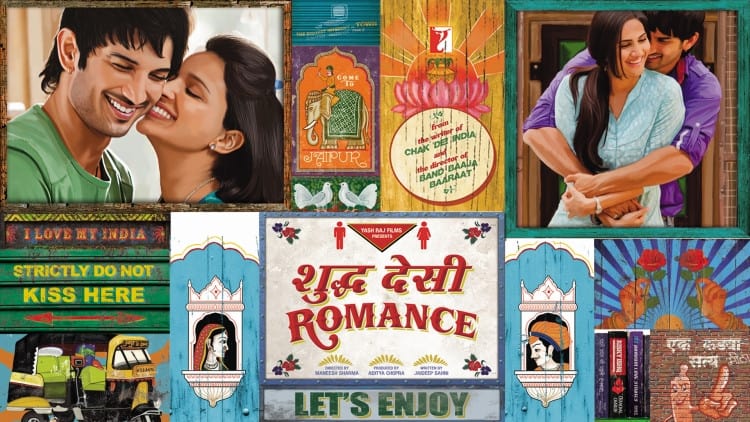 Guess who is all set to give Emraan Hashmi a tough competition in kissing department? Well, none other than our Shuddh Desi actor Sushant Singh Rajput. Live in relationship has been on the minds of many scriptwriters, but, Jaideep Sahni wrote a bold script and put ideologies into words. But, the words failed to click as much in action. A bold idea is not always the good idea. Some may find the whole portrayal of boldness dirty, and why not? The movie makes live in look like dark circles under the eye – they happen and nobody cares. Even though the movie explores the ‘good package’ of the forbidden relationship, an amateur soul shall see through the cracks and the emotional upheaval. Chopra is competing with her more successful counterpart cousin – Priyanka and well, the race is close.

A love triangle exists between three major characters – Raghu (Sushant Singh Rajput), Gayatri (Parineeti) and Tara (Vaani Kapoor). The film portrays Raghu’s live-in relation with Gayatri and their modern love story, set in a desi heartland, Tara is also Raghu’s lover and they all have an arrangement. It traces early stages of a relationship and the tangle of emotions which a couple goes through, individually. It focuses on various setups.

Sushant’s charm is the centre of attraction in the movie while the heavy dialogues with crisp humour make him tasty enough to graze through the movie. He has played his part quiet well.. Parineeti looks more slut than a girl living with a boy. Vaani was a disappearing act like Houdini’s most awaited. She acted gruff and sweet at the same time but the boldness theme was lost on her. Other supporting actors were pretty rusty. All in all, the performances were average.

Something to brag about. Sunidhi chauhan and Mohit singh can never go wrong together, can they? “Chaddar khaddar ki arman hai resham ke..”- feel aa gayi! Gulabi, “Mujhe Kiss Kar Sakte Ho” and all the instrumentals have their own life in their music and wordings.

Tere mere beech mien, I’ll tell u this – Shuddh Desi Romance has a Tezwala attraction. 😉 The youth was waiting to get in the theatres for some reason. Maybe due to Ishqzaade’s beauty or the Kai Po Che’s male package – Sushant or maybe the songs were so frantically new that the movie seemed irresistible. But, even though the movie is all of the above – it won’t touch you in any way about the love in issue neither shall it make cut as ‘one of the good movies’ of our times. Forgetting all this- you can follow the herd and enjoy the movie for the time being. The weekend is long and promising, and the week was weary. What else do you need than a dose of upcoming reality, explained in a vague but bold sense by Shuddh Desi Romance. Do tell me how you found it. RATING: 3/5