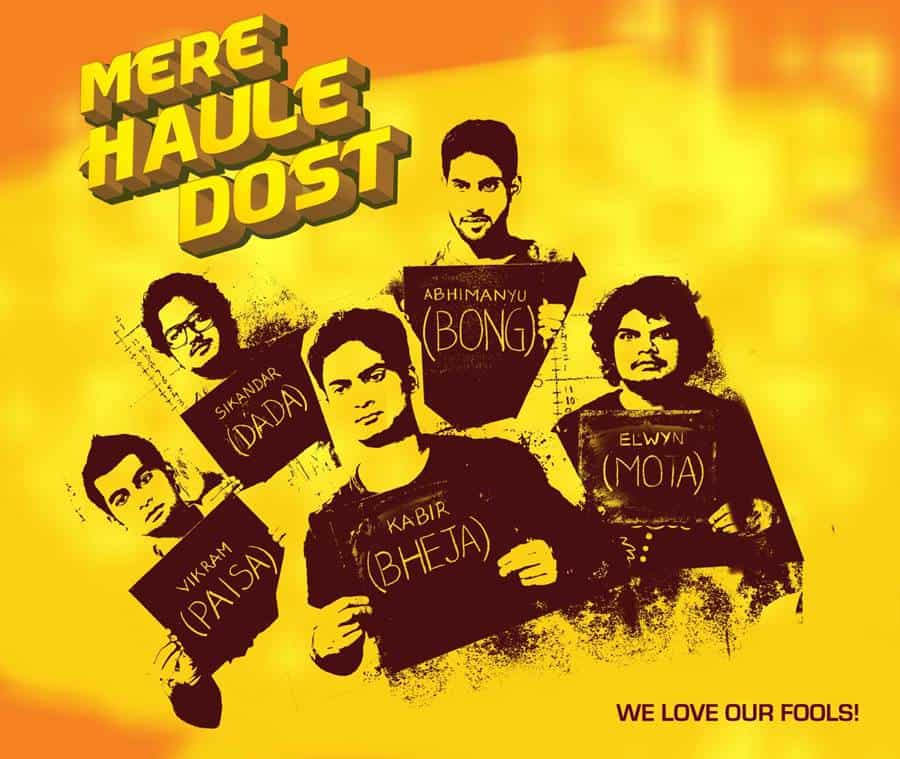 A comedy drama which is showcased with ‘hyderabadi’ accented cushion dialogues. The texture of the film tries to capture the old world charm in uber modern surroundings. The slow stealth with which the movie expands is worth a watch. I remembered Dhobi Ghat kind of arty screenplay while watching this movie. No idea why. Passion is in the movie.

The way the director has shot the movie, it seems, they made the movie for themselves. Not for an audience. Mostly movies tend to have an ‘audience factor’ which appeals to the audience. This movie drastically lacks it. I failed to understand the context of the title but once I watched the movie, I got the feel of why ‘haule’ was meant to make a point even before you had judge the movie. ‘Haule’ here is about the swift innocence and bonding.

Five zany friends with crazy names, who are desperate to participate in a Himalayan bike rally, by hook or crook get into all kinds of life lesson waale adventures. It is a light-hearted depiction of self discovery, adventure, growing up, friendships and optimism. The story has neither zing nor any spice. But it’s simple and the depiction is fun to watch out for.

Five friends you had related to. You had have met somewhere and lived life with those. Anirudh Loka, Raghuvardhan Garlapati, Aadil Abedi, Rishit Samala, and Kiran Gadalay are ordinary acors with extra ordinary job in the movie. To make a movie all out of performances. The movie focuses daftly on the friendship issues and the supporting actors are well, supporting enough. Preeti Gupta and Catherine Fallows are to actresses who were kind of cool to watch for. Editing and cinematography is actually a fail. The movie was shallow as for the background music and if not for the direction which was bold- this movie had been poisoned with fails. I liked the lonely street and the chirps during dawn. The moving sentimentality of the people and the portrayal of rare out-of-box places in the movie.

Not something to watch for. Actually, avoid whatever seems like music in the movie. Divyang Arora, you need a good mentor, soon.

An ordeal which shall be forgotten soon. But, if you’re one of those people who think Bollywood needs to step out of its comfort zone than don’t miss this.