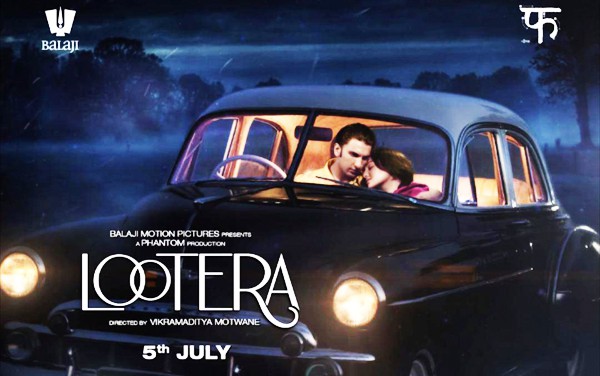 Watching the smashing Bhaag Milkha Bhaag’s trailer and waiting to see one of the awaited movies of the season, I was expecting like how we expect from good movie stars. Lootera had the flow and the softness of a 1950 classic. Even when the actors smiled and cried, you could feel the tears and the curve of the lips on yourself.

Varun (Ranveer singh) is an imposter who comes as an archaeologist to Zamindar of a village in WB. His daughter Sonakshi Sinha who asks to learn painting falls for him. And even the police chases her beloved all over dalhousie, she gives him shelter and reignites the flame. Whilst Varun confesses his own love in a way so profound that I was touched.

All the actors gave their best and the best was not wasted even when they had nothing but to stare in anger. Hats off to the unusual pairing. If you want to know what conspired into the making of such a masterpiece then you have to go to watch. Dev, Varun’s friend and accomplice was awesome too.

Zinda is my personal favorite while this is a movie which enthralls the perfect combination of romantic and sad numbers. Sawaar Loon sets the mood in the first half while the ending background music leaves you breathless.

The vintage cars and the concept of mixing a live story with the tinge of an old blush and run chase is just experimented but never succeeded. Lootera gets the emotions in first half while nudges but runs slow in second screening.

Do not miss this. But yes this movie might not leave a mark but it will definitely set the mood. Rating: 4/5