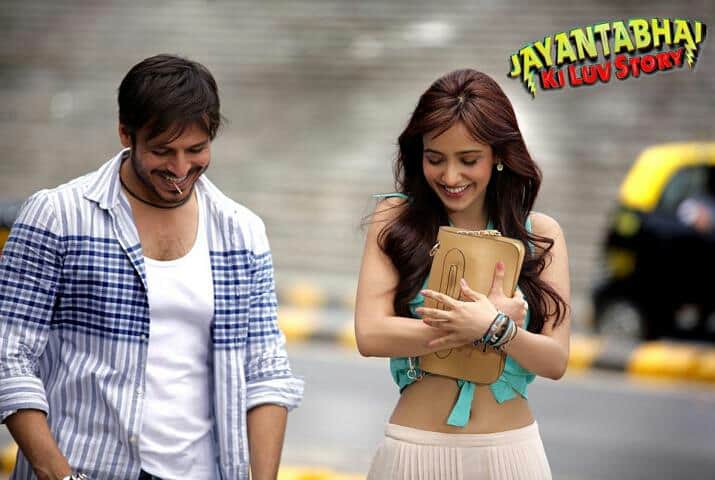 Vivek Oberoi was never a treat to the eyes. He comes back flat and I am waiting to see him get his resurrection in ‘Zila Ghaziabad’. Neha Sharma is hot and flawless. But that’s it. No more talent and when it comes to acting – I wanted to tear my hair out. The theatre was the type of lot who had been so bored with life that they came to watch this flick and the other lot is which was either a die-hard fan of Oberoi or maybe Nehaji.

Actually, I had been dragged by a love story enthusiast who sadly saw ‘some unique kind of talent’ in Vivekji. Well, being dragged doesn’t make my review biased. With films like this, one’s review is like the toughest job to do.

‘Jayantabhai Ki Luv Story’ revolves around the life of a small time gangster, Abhimanyu (Vivek Oberoi) who falls in love with his biggest enemy, Simran (Neha Sharma), who comes to Mumbai in search of a job (that is how every pretty lady ends up in the ‘dream city’). Well, the usual ‘bhaigiri’ is mixed with once-upon-a-time love story of the good meets bad and it’s an absolute love affair of luck, destiny, cuddles and coos. The girl might not have money to pay her bills, but there is no dearth of fashionable clothes.

Vivek Oberoi fits the bill of a ‘tapori’ more than the ‘dreaded’ bhai. It is a romance caper about how people unknowingly fall in love with people they least expect to. The romance is cheeky-weaky.

‘Dil na jaane kyun’ and ‘Hai na’ are sweeeeeet. (Ya, music is sweet sometimes when nothing else is). But, the good thing is – the music instead of stretching the stretch really does fills in the gaps and supports the story, which otherwise is drag-drag. Atif Aslam, we still love you.

Vivek Oberoi catapulted to success after his first release ‘Company’ and later ‘Saathiya’ but with films like this, people are soon to forget that entire box office high ride of old times and in a while, he won’t have anything to boast about. Vinnil Markan is a better director than this, I believe. Give him a worthwhile script and actors who are worth it – he will do wonders. With JKLS, he just drowns expectations. Nassar’s prowess of playing a villain was totally wasted in the movie. He made me squirm more than fear or laugh (well, the movie was made to do that to emotions to death, no? ) the punches thrown by everyone on the roll is the silver lining. The other supporting actors need no mention, really. The movie is for all those….(I find no reason for you to suffer the antic and tonic play of bhai-falls-in-love and then transforms himself for the girl).

DVD or no DVD – you can’t change the fact that there are people in the industry who really expect you to see such a movie on the big screen and they even go out to make such a movie. Ekta would have attracted more audience with her famous saas-bhau cadre. 😛