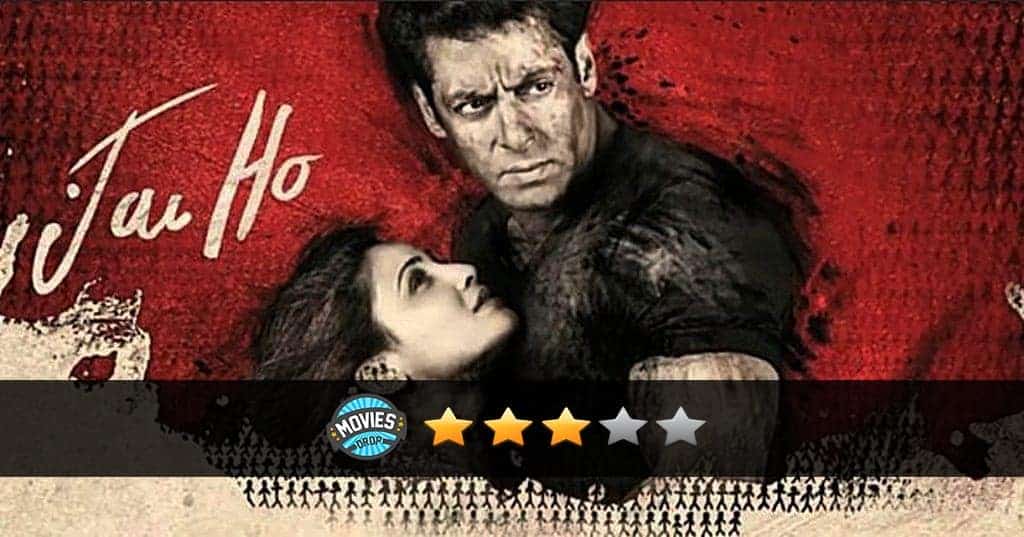 Baki sab first class hai apart from the overacting. 😛 Salman fans should be elated, because Jai Ho which was previously titled ‘Mental’ is a good to go movie with as much of ‘Ready’ and ‘Munnabhai MBBS’ to too much of ‘Dabangg’ copycat. It has the quintessential Salman khan quotient which makes you watch the senseless dumb sequences with as much attention as the literal bheja fry jokes. If anything, it appears to be Salman’s way of saying ‘thank you’ to his friends. He even pitches a newcomer as his ladylove, further emphasising how ‘Jai Ho’ is more about flaunting Salman’s ‘Being Human’ persona and less about a movie. Sohail Khan was always a waste actor and this movie sucks that little bit because of him.

Major Jai Agnihotri (Salman Khan) is kicked out from the Indian army after he defaults and he goes back to his previous occasion as a mechanic, which is funny as he is less seen with cars and oil change and more in solving kidnappings, helping the old and the new, making endearments to his lady love, Daisy shah. Spoiling this happy-happy-joy-joy world is the villain Danny Denzongpa, a mean politician who kills his opposition and has the local police on his payroll. The rest is Bollywood unfolding.

Salman Khan is a brand name and what SRK is doing these days, Salman is too. They both aren’t bothered about the story, the screenplay or anything – All these two need is themselves. Though the Major act in the movie is nothing new, its another Khan on the roll and he seems to make a great deal about patriotism which makes you ‘feel’ it all in the air. I didn’t know what to feel about the chemistry between Daisy Shah and the 40+ Khan. They were, well, awkward. The movie is fast and active. Passionate might be the right word. But then the dialogue sucks and the co-actors are foreshadowed by who other than Salman and we are back to the full circle. It has shades of a famous remake and it slides in between original cinematography but it lacks the strength to be a blockbuster, which unfortunately it will be. Its Salman, man!

How many of you have watched Hrithik Roshan’s gritty and strong on the gun ‘Mission Kashmir’? That movie was politically ‘moving’. Now, Jai Ho has been termed as a political thriller but that’s all the gun it has. Jai Ho is fascinating in parts and fumble in the rest. Salman Khan and his convincing rendering is what makes this film work for me.

We all enjoyed ‘Baki sab first class hai’ and like it or not – It has an awesome awesome contribution in explaining the whole movie in a song like manner. ‘Photocoy’ is cute and Salman doesn’t do ‘cute’, so they have another brave song – Jai jai jai ho.. 😛 Thats all dance about the music. No surprises.

Wow for Salman’s use of his brand in the movie. Its just perfect. I am proud of the fact that if nothing, Bollywood’s talent is unmatchable in making you like trash like hell and hate a masterpiece like hell.This movie isn’t either of them and is definitely a one time watch. The weekend is cold and instead of braving the cold, go see what’s in store from Camp Khan.