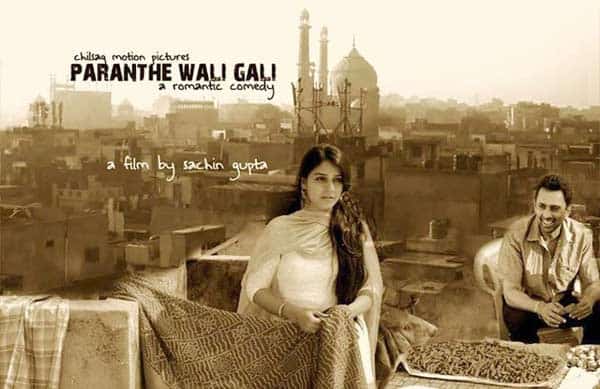 This is a movie which can be played in a theatre and on streets and which happens quite often in our lives, a story which is simple and so realistic that film makers have forgotten how to bring such stories to the audience and instead they bring tales from fantasy lands and the forgotten historic epics or more often, bull crap.

With the beautiful backdrop of Chandni Chowk in Old Delhi, its all Delhi-6 again. But, within all the old Delhi love that the movie showers, it also shows the Delhi Belly – the darker side of human resources and with such an interesting title, the movie could have made an awesome impact, socially as well as economically, but I’m skeptical about the junta’s response on this one. Still, the actors are amateurs and they failed when it came to showcase their talents onscreen. Off screen. they might have jubilantly done their rehearsals and practiced monotones (as shown in the movie story which revolves around the life of theatre artist and his egg).

The protagonist Maulik (Anuj Saxena), is a struggling theater actor/director who is trying to do something big in life and waiting for opportunities while solving problems and heading it out with Naina (Neha Pawar), who is a loud mouthed Punjaaban who loves life and gets depressed with irregularities as much. Its a journey for both the characters in the dogs-n-cats world.

Poor. Just one word for the actors. They are outlandishly slow in reception of emotions and the movie needs pace and more pace. The lead actors have good screen presence but need to undergo voice modulation for their pitch stays constant. The chemistry between the two doesn’t work either. The other supporting actors such as Vijayant Kohli ,Mohinder Gujral, Himanshu Thakkar, Yuvraj Haral have minimum damage roles while Prabhakar Srinet is the only actor who has been tried to hoist his best. While the screenplay is normal and simple as it could get- the movie is dull and for the fact that its more of an art film rather than a commercialized act – the movie isn’t here to please anybody – its more of a critical nuance and retrospective. The abrupt climax doesn’t live up to the strong initial build-up either.post interval, the movie nosedives into a series of events that are not bound together. Cinematography by Debasish Banerjee is refreshing though.

Music is all about promotion and its success depends on the number of times your home radio station plays the song or the local auto wallah. I don’t think many might have even heard the nondescript songs of this movie. The title song is good enough.Various artists have done a good job but it lacks anything new or needed (to be heard).