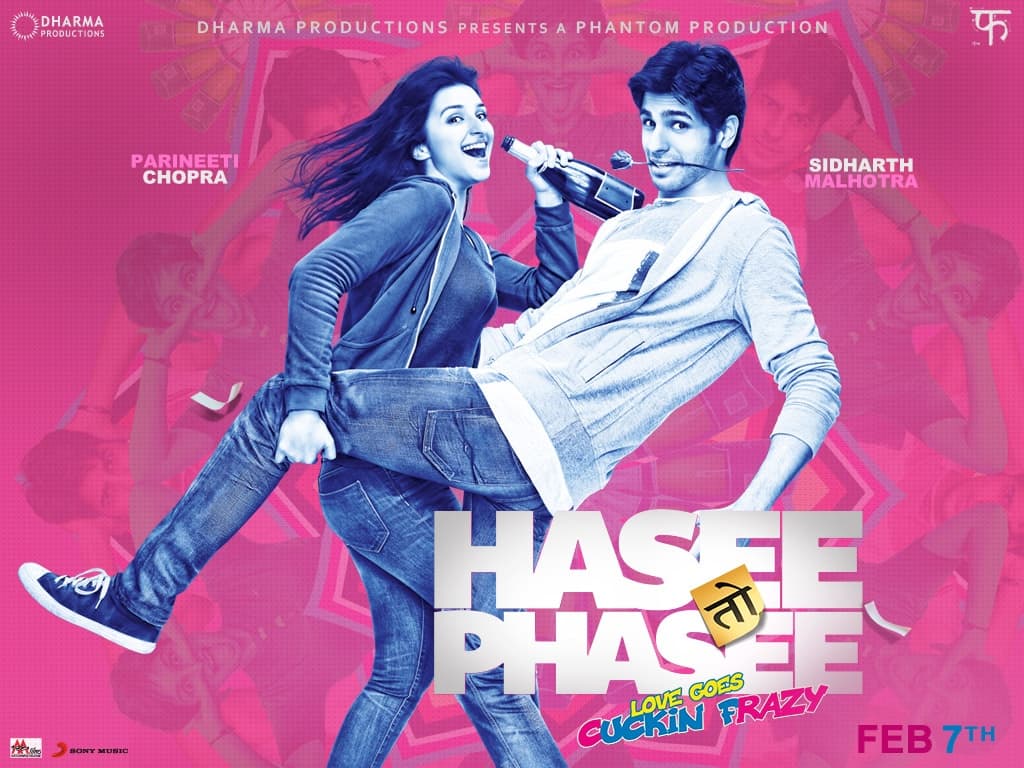 Interluding the X factor of Bollywood which has become redundant due to nonsensical cinema and senseless humorless Rom-Coms, HTP comes off as a fresh start. A breeze. Parineeti was the natural choice for this movie and even though Malhotra moved his cuteness factor by a notch – He certainly could have been replaced with a better actor. I consider him a newbie, considering he starred in SOTY, which was well, not a movie. The things that the duo does in order to get their pet projects off the ground are as daft as they are desperate. One steals, the other begs. It is widely accepted that the Script is King. And the king is sadly sidelined by all the minor factors which go into film making like chirping birds, screenshots of tears or say-glee. If you do not let the occasional lapses in logic get in the way, you might actually find yourself enjoying the film.

Cracked Meeta (Parineeti Chopra) and Hardheaded Practical Karishma (Adah) are sisters in tow. Though entirely different. Meeta and Nikhil (Sidharth Malhotra), who is surprisingly the fiancé of Karishma are made for each other. They are the black sheep of their respective families and flawed characters – one steals, the other lies. They meet at the wedding and the movie is on a roller coaster.

Parineeti Chopra has been in her bubble for so long that we don’t expect her to do dark roles or roles which make you feel stressed. She again, and in a positive way, comes off as a different bubbly, charming young lady with issues. Loads of them which she carries on awesomely. I would count Sidharth Malhotra’s floppy – haired loser-trying-to-find-himself as one of the pluses of this film, though he doesn’t excite me. Manoj Joshi , as the father of the bride is a relief comic act which we wanted for long. The other cast members are well off. You shall find shades of Jab We Met, I Hate Luv Storys and even the recent Suddh Desi Romance. There is an old smell of sensuality in the movie. The biggest weakness the movie has is the screenplay. It disappointed.

Music is the best part when it comes to Rom-coms. Naturally shout out loud songs. Manchala, Ishq Bulava, Zehnaseeb…. By god! Flawless! One of the most addictive playlist of the year is here guys. The choreography is as good.

This movie is a typical paisa vasool which is such a famous trend in movies which fail to create magic yet are successful in providing entertainment. Watch it. A Karan Johar streamline with Shades of Anurag’s signature practicalities makes the movie watchable.