Babloo Happy Hai is a bollywood movie directed by Nila Madhab Panda, who has earlier directed films like “I am Kalam”. 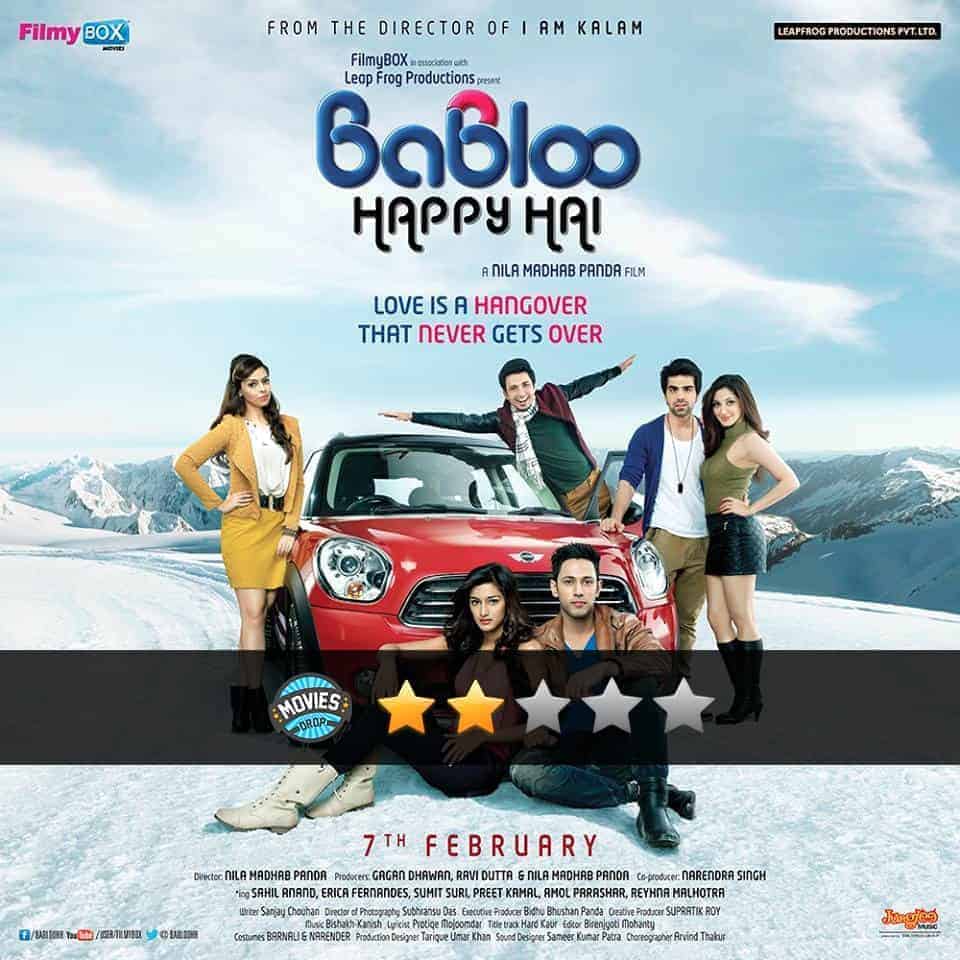 When my weekend was already smelling good, this movie made it even better. A completely chilled out moronic act by the newbies which left me stunned. No, not joking. The characters are connectable in a very Delhi noveau-riche way. The film is good-looking without sanitizing the underlying message. At the outset this is no My Brother Nikhil. Neither is it the sappy means gritty Phir Milenge. But it is an earnest effort to understand young India’s tryst with their sexuality, with a PSA about safe sex and understanding being HIV+ thrown in into the mix. The movie plays with the audience well. The satirical angle of the movie is not well ordained till now in such a genre of movie.

Natasha (Erica Fernandes) and Jatin (Sahil Anand) have a one night stand. Rest follows. I am not gonna indulge in the story because its the crux of the movie. which should be left to imagination.

What a first class act by the stars. The narration is boring, the movie is a drag when it comes to songs or background emotional attyachaar and there are moments where I could see why the audience which had come to watch the movie were filling a bit pissed off, but then why does this movie stand out? This is a film rich in texture and tonality. While it misses out on getting to a place of real greatness, it does display a substantial amount of harnessed energy in putting across the characters who are fatally flawed and fiercely pitiable in their pursuit of good times. The characters are well portrayed and the direction is the bonus point – Lot of efforts by all the side kicks.

Protique Mojoomdar and Hard Kaur are back. Babloo Happy Hai title song is just a filler. Though the duo has sone good job, still, the music of this movie is gonna lay low cause the HTP fever is too much to take.”Bade Bade Akshar”, “Nachtey Raho”, “Popcorn” and “Uhe Baatiyan” are heard-able.

Do watch the movie if you want to do your good deed of the week and don’t have the stomach to sit in through Twelve Years A Slave. It sucks at times but then it gets appreciated better when it compensates for the boring times you had have anyways at home.