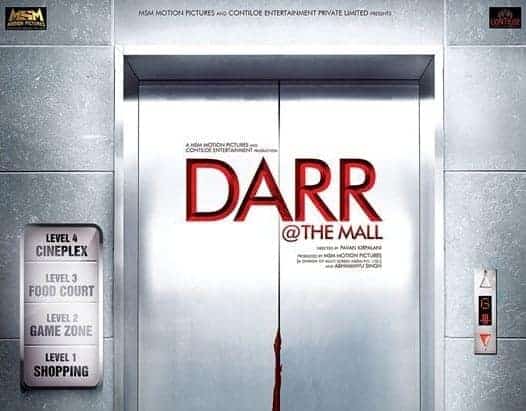 I went to the movie plex with a generous heart and preempt consolidated agenda to give the movie a chance. It was a Bollywood horror genre after all. Risky and challenging. People who go into the making of a horror movie are bold and most researched of the lot. Making a comedy or a action Rom-com is not the real talent but attempting a horror flick is. It’s easy to figure out what director Pawan Kriplani’s latest offering is all about just by the title of his film. The trailer has been making rounds and all- But as usual, the movie didn’t live up to the H-factor. (The horror factor) Yet, it was one of the best horror attempts in Bollywood. Someday, I have a dream, Bollywood will reach Hollywood horror genre’s standards but the day has not yet come. Yet, the movie gives a lot of scope to become a teaching lesson as well as a good experiment gone mediocre, as I might call it. I also had a dream of Jimmy Shergill becoming a celebrated actor and even when he didn’t – he proves his mettle with this one in his nest.

There have been nine accidental deaths in the mall and the owners are sick of the stories about the mall being haunted. So they decide to re-launch their mall in a grand way. Jimmy Shergill walks in as an ex-army officer who has a past which influences further paranormal takes.

Jimmy hits off the horror glances quite well. He has poise and the reacquired dread to make you feel dreaded. Ushrat Bharucha, Arif Zakaria and Asif Basra acted their parts as expected- not too much spice but not THAT dull too. The first half is gripping and so is the second half. And I expected the climax would take the film to another level but it doesn’t which is a big letdown. The script is the USP of the movie I guess. For a change, there are no vengeful witches, religious voodoo, Victorian castles, rapist ghosts or Vikram Bhatt. And that does help because the movie explores the characters through a different angle, not much seen in Bollywood. Everything makes sense after a while even though its as predicted. If not viewed critically, the film despite low novelty manages to deliver formulaic scares. The theater was nearly empty and so my scare factor was radical but after watching numerous horror flicks and being the last person on earth to be enveloped by fear through cinematic representations, some scenes got me thinking.

The backgorund score is scary. A job well done with the sound effects.

A balanced horror flick after a long time, isn’t it? (Yes) Worth it? (umm.. err…ehmmm…aa…) Is it scary? (Somewhat if you are everyday-scare-deal and if you are me – then NO) Should I take my kids? (No.), Is is a good attempt? (Yes) Is it extremely avoidable? (No man) Should I watch it? (If somebody is sponsoring you – then WHY NOT!)
I am generous with this rating because horror movies need a push up and some kindness, am sick of all the criticism it has to go through just because its genre is so damn explicit. and unexplored.

Brahman (or Bramman) is a Tamil film directed by Socrates, a former assistant of Kamal Haasan, starring Sasikumar and newcomer Lavanya Tripathi in the lead...