Brahman (or Bramman) is a Tamil film directed by Socrates, a former assistant of Kamal Haasan, starring Sasikumar and newcomer Lavanya Tripathi in the lead roles. 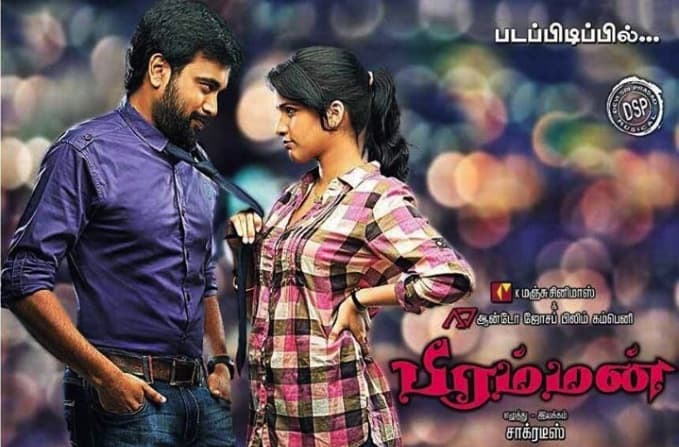 Sasikumar plays a city based character after a long time, the story is about a youngster’s struggle for his passion towards cinema. Sasikumar runs a theatre, but he faces some tax problems, then he decides to seek his friend’s help in Chennai.

Santhanam grabs attention with his usual comic sense and timing in the first half and Soori has played a small part in the second half, but he makes us laugh whenever he appears and also other casts have done their part decently, including Lavanya Thripathi.

Director did a good job portraying the struggle of other fellow cinema field people. Cinematography could have been better, same in the case of Editing. Choreography and stunts were good but hero could have performed better in both. Screenplay doesn’t lag and the running time keeps the movie watchable. Devi Sri Prasad’s songs were decent if not excellent.

The movie is watchable especially to the people who are struggling in Cinema field. You’ll surely love this movie and this story resembles much as Sasikumar’s real life story.