Bewakoofiyaan is an Indian romantic comedy film directed by Nupur Asthana, written by Habib Faisal and produced by Aditya Chopra under the banner of Yash Raj Films. 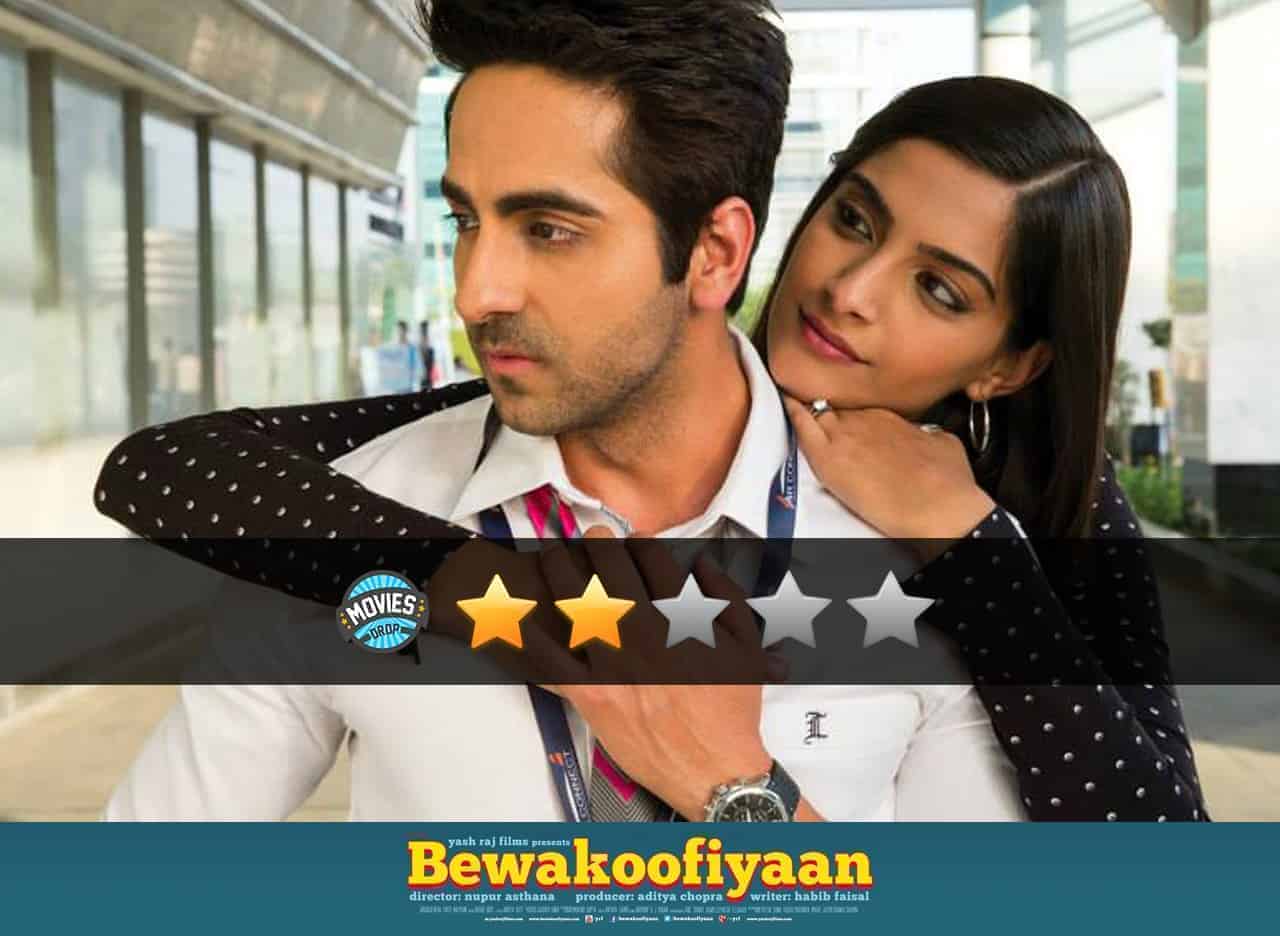 Wasn’t the trailer all smooth and fun to watch? I almost brought the super-hit formulaic movie shit. Sonam Kapoor started along with many of her now-more-successful contemporaries like Deepika, Parineeti and these girls made it while she still hangs between debates of whether the daughter of veteran star Anil Kapoor can act or not. The choices she is making and the acting she is doing proves that she is a celeb kid and has poor choice in selecting movies. While talking about someone who started his career from Trash super series Roadies, He does well and better than the lady love in the movie. Bewakoofiyaan’ is an unfortunate title in search of a film.

Ambitious airline executive Mohit Chaddha (Ayushmann Khurrana) falls in love with a high maintenance and well paid girl, Myra (Sonam Kapoor) and then in sudden turns of events even before his to-be sasurji approves of him, a damaad who is earning less than his daughter, he loses his job. What follows next is a web of lies and controversies in the lives of all the people involved.

‘Bewakoofiyaan’ spends most of its time trying to showcase a slew of brands, get us to smile at the antics of the father of the bride which are singularly unfunny, and to convince us that its leading lady can helm an entire film. The cast is flat. There are moments of romance but then Khurrana and Kapor aren’t the cutest of couple to go gaga over. The only joy the non-shopper in me got was that, I suddenly felt the urge to crease my shirt a bit and to pick fashion points from the denizen of Bollywood – Sonam but when it comes to acting- she is the one who needs a learning or two. Ayushamann in the 119 minutes does nothing but whine and over act. But still he plays it will. Convincing enough. While Rishi Kapoor doesn’t help at all. I wonder why he did this movie. The cinematographer deserves a round of applause because Dubai looks at its best in the shots. The screenplay was good but again I say – It cannot save a movie from going ta-to-ta. Director Nupur Ashthana almost did it. Almost.

Who wants to hear some croak and some disco light moves wala gaana? This movie has its bad moments but somehow the songs stay with you, even as the film progresses.

As long as you don’t analyse it too much, Bewakoofiyaan (which means Stupidities) can make for a fun watch. If you aren’t watching Queen again, then don’t watch this at least. Its better to watch Queen again. Seriously. But if any of you fellas a fan of the lead actors – Go and scorch up some love story. Which almost became one.