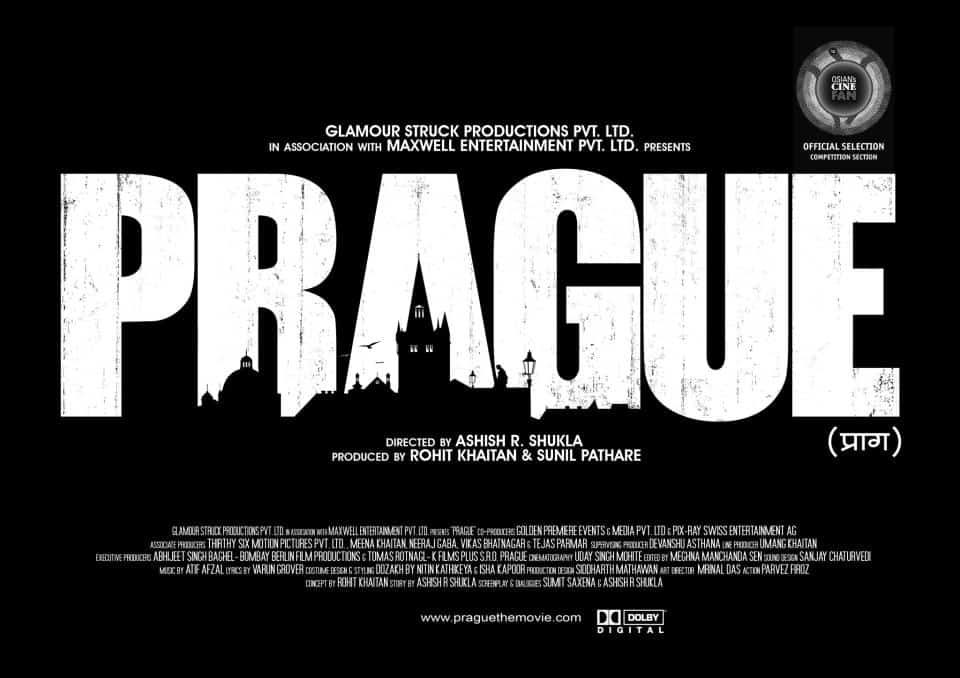 The quantum of showcase which the film brings is heavy and interesting. The angle from which the newbie film maker shoots is raw and well done but the acting is lax. The story is laxer and the thrills are flaxiest. While the title is not an answer to any thrills it tends to offer, the Czech setup is fantastic but again, laxative. The story hides from us many crucial details that could have been imbibed for the betterment of the plot itself.

Prague is a 2013 Hindi romance film directed by Ashish R Shukla and produced by Rohit Khaitan.

Chandan’s lady love, Shubhangi breaks his heart after a dope party when she sleeps with his friend. Chandan, a passionate architect who comes to Prague for a project along with his friend Gulshan and falls in love with Elena. While Gulshan is there, the insecure Chandan tries to understand his insecurities about relationships. Caught between these, the story moves along the lines of someone who is there but not there (Makes sense mucho? not to me!). The story carries forward with he past of the main character as well as his rambles with a dead friend.

Chandan Roy Sanyal is superlatively confident and due to lack of experience (that is my excuse to not applaud him further as one of ours bests), this guy couldn’t deliver all that well. Elena Kazan gets prettier after every minute of the thriller. Kumar Mayank knows his game and manages to glue together the distorted plot which gets lost in transition. Actors Arfi Lamba and Sonia Bindra have acted like they never did before. Director Ashish Shukla could have carried on and on with his spectacular vision. Some might feel the cinematic delight in watching such an abstract movie, and that would be all due to Shukla. The pace is tiring and dark tinge of style doesn’t work. After all, it’s not that good a movie.

Sexism in songs and they don’t fit with the dark theme the movie carries.

Formulaic and predictable thrillers can be enjoyed if they make the viewer feel invested in the characters, but sadly Prague just makes you feel distant. You want to run like Gulshan’s past but you can’t because Gulshan is giving you life fundaes. The movie wasn’t expected to do well and neither people even know about it till reviews started popping up and news channel discoed on the sense that yes, there is another release apart from ‘warning’. If you have a happy life and are contained with it, don’t watch this thriller, it just gets complex. And that is only the beginning. RATING: 2.5/5