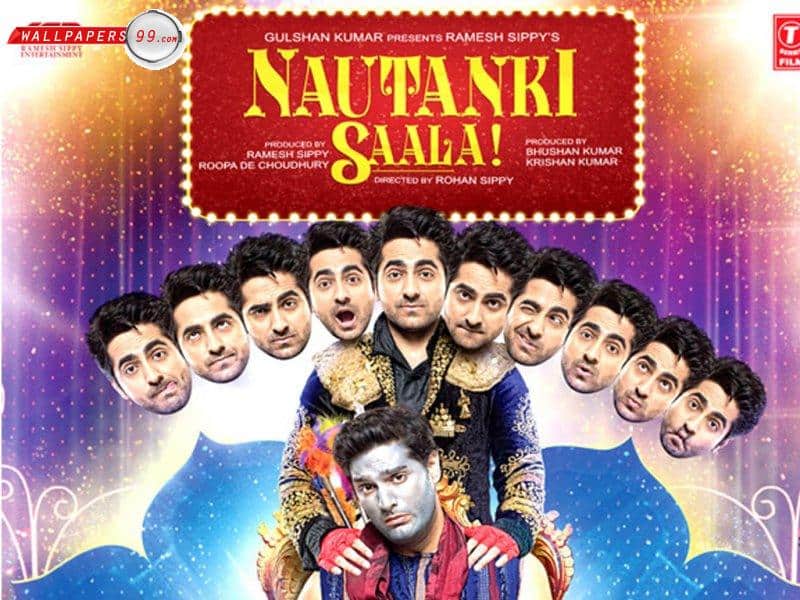 In his fourth film as director, Rohan Sippy comes off as a veteran rather than someone who is still learning the game to entertain audiences. A movie can succeed with simple formula – it has to have something new and colorful. It should make you feel that you are going back home, learning something, knowing something or enjoying something.

An official remake of Pierre Salvadori’s Après vous, this movie was a hit even before it hit the screens. From the screen where it starts off from shrinks office to a theatre so vibrant and dull at the same time, that it makes you laugh and feel for our protagonist.

Ram Parmar (Ayushmann Khuranna) is seeing his shrink and is one of the insomniacs turned suicidal banda who meets Mandar Lele (Kunaal Roy Kapur), a downtrodden pathetic man. He takes him in, provides him with food, clothing, shelter, hospital bills, applying Betadine on his butt, drives him to Pune, meets his grandmother (Sulbha Arya) and refuses to abandon him. His live-in girlfriend (Gaelyn Mendonca) is like potatoes in the story. It’s about bonding between two men and the karma of life blended with lots of spoofs and laughs. The screen overflows with colour at times. Witty lines like, “Jo aur kuch nahi kar sakta woh actor hi banega. Aur jise acting bhi nahi aati? Woh director”, will keep you entertained.

Sippy uses the ploy but without any intent to ridicule or distort cultural stereotypes. Ayushmann Khuranna gets to you so well that he is surely riding some accolades back home, this season. Vicky donor’s Vicky doesn’t disappoint with even Ram’s theoretical act. Kunaal Roy Kapur holds up the whole act. He lunges, forward the same confusion he carried in Delhi Belly and tickles the funny bones with no extra effort. The drama scenes given by him in the movie are worth the watch. Pooja Salvi’ is poison. Even after being the leading actress, she is overshadowed by the female supporting cast. Evelyn Sharma Gaelyn Mendonca and other heroines are eye candies. Yet, they are better than recent disappointments.

Saddi Gali and Mera Mann need special mention. They are one of the best songs I have heard. They touch. Composition by Falak Shabir, Mikey McCleary and Rashid Khan is an orange county bonanza! Music, over all keeps the movie going.

What I found sad was the slow activity and the cinematography. Though some people may love it, just my personal not-a-favorite. The worst part – it is lengthy! Makes you want to take 2 interim breaks. Also, it is meant to be a very easy going comedy so no brain deal, it promises. It lived up to my expectations, though Rohan could have done faaaar better. (I don’t know why I said this.)

Nautanki saala is for those who once liked Hera pheri and thought that lets see how much Golmaal we can take! It’s all about appreciating Ayushmann as an actor and sitting back, to let the movie sip in and entertain us.