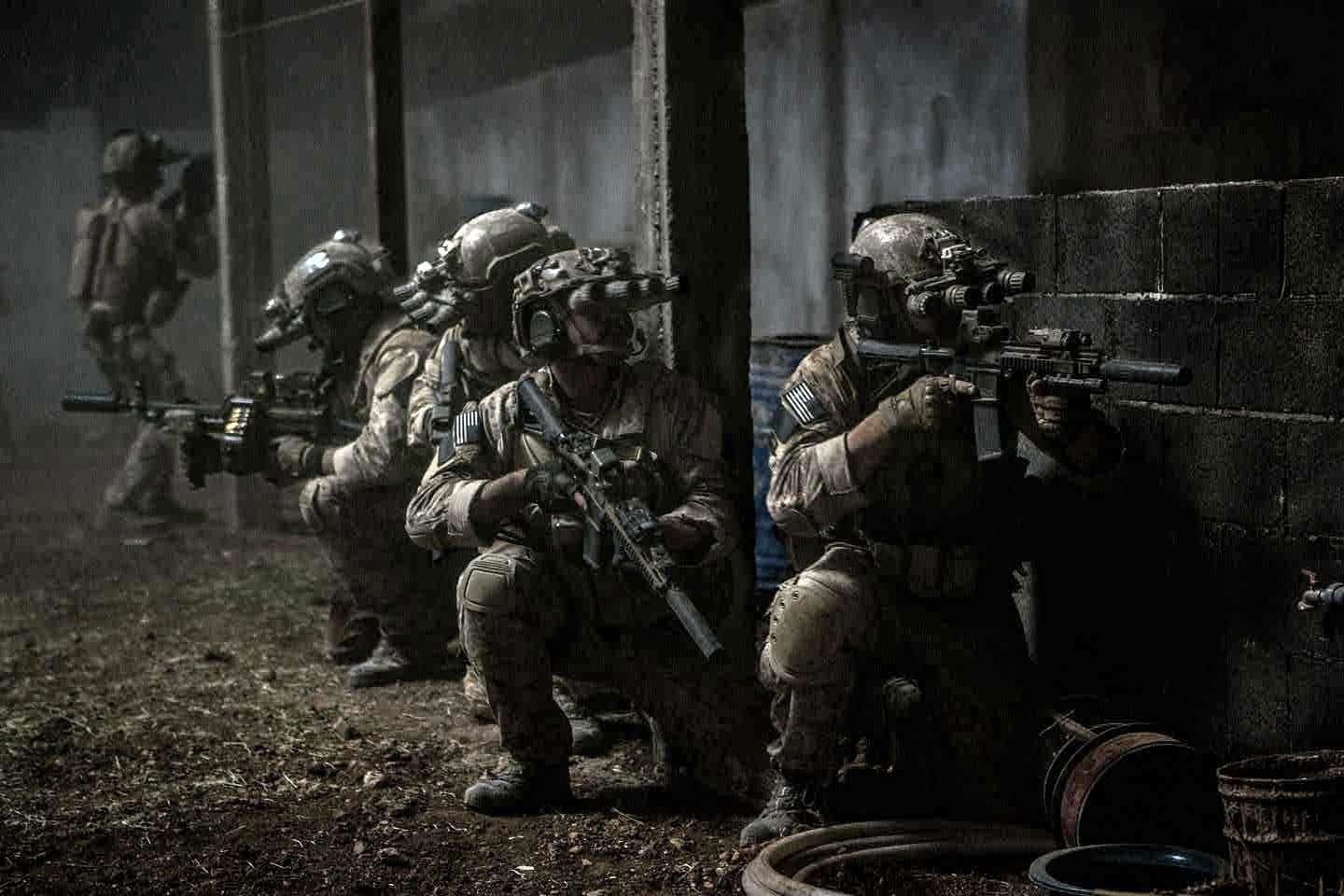 From the director of “Hurt Locker” – Kathryn Bigelow we have another similar movie focussing on terrorism. This time she made a flick out of Osama Bin Laden and a dangerous game of cat-and-mouse in the chaos of war. This movie is a dramatized version of the long hunt for Osama Bin Laden, and it chooses to begin by mentioning the 7/11 attacks on the World Trade Center.

Storyline: A chronicle of the decade-long hunt for al-Qaeda terrorist leader Osama bin Laden after the September 2001 attacks, and his death at the hands of the Navy S.E.A.L. Team 6 in May 2011.

Maya is a CIA agent who is hell-bent on finding Osama bin Laden and this movie is about her efforts against all odds to track him down and the final victory in the raid of his hideout.

It is well known that this movie is dramatized version of the decade long hunt for Osama Bin Laden, and it chooses to begin by mentioning the 7/11 attacks on the World Trade Center. This was one of the events which left a deep scar on the Americans, so from the beginning it draws you in by reminding you of the disaster back in 2001.

While I was researching the movie, I found the opinions to be generally mixed. Some complained about its length, or about the lack of character development or the scenes of torture which occur frequently and rather graphically in the movie. Others applauded it for its no-fluff manner of telling a dramatized version of a key real life event.

The movie in essence, is about the chase itself, the cold blooded operation of the hunt and killing of Osama bin Laden; not so much about the characters involved. The information network and the gathering of intelligence plays a big role in this, which in reality was long and arduous, but the movie manages to play it out in the two and half hour span very well, without many dull moments.

My only complaint with the movie was that some of the dialogue felt too forced and stiff and not very believable. But like I mentioned before, it is the thrill and anticipation of what comes next that kept me at the edge of my seat while watching the movie.

Zero Dark Thirty has been nominated and has won several awards for its editing which focuses on showing its audience the calm before the storm and the impact the events have on the people involved. Be prepared for a lot of bombing and shooting along with some abusive language.

While we may all know that in the end the operation to kill Osama Bin Laden was successful, but it still manages to capture your interest with its snappy pacing, especially towards the end. The soundtrack and cinematography is just right to build that tension as they close in on their enemy.

I think the movie being dragged out is justified because it helps us understand the frustration with the slow progress of things and then reaches the climax explosively and I say that literally. The final raid scene runs about 25 minutes, approximately the same amount time the real life operation lasted. A lot of technology portrayed also reflects real life technology used, like the four-lens night vision goggles worn by SEAL Team and the modified helicopters.

There is a strong documentary-like feel throughout the movie which I believe is because the director is completely basing it on real life events; only the characters, their interactions and their personalities are dramatized so as to make the movie more interesting, because really, the actual events make for a depressing story of the current state of the world we live in.

As for the cinematography and editing, overall it is very well done and they’re not afraid to make their audience gasp with scenes of torture and shooting. My personal favourites are the aerial scenes and the final raid.

The soundtrack is an eclectic mix of middle-eastern and western styles of music but they know when to go completely silent. In such scenes, you can only hear yourself breathing in anticipation.

Maya is our heroine and she is firm in her efforts against Bin Laden. While facing many objections and general lack of support from her superiors, she toils away along with Dan and others.

Throughout the movie though, you can feel the pressure on the characters, how the act of killing or torture affects them and how much rides on their mission and on their success or failure at it.


I must add that characters aren’t very memorable unfortunately and sometimes the acting just doesn’t match the mood of the movie, along with some of the sloppy dialogues. This is a minor problem though.

Also, while watching the movie you may have some questions of the morality of torture and also of the Muslim sentiment-what of the innocents? Unfortunately, the movie is simply a sequence of events and doesn’t answer these questions. You will have to accept Bin Laden’s death as the ultimate conclusion.

AFI Movie of the Year, Zero Dirk Thirty isn’t for everyone and people expecting another “Hurt Locker” (on which the writer, director and producer and many of the production crew all worked on) may be disappointed, but this movie isn’t about being completely accurate or adhering to someone’s moral values. It is brutal, yet exciting and should be taken with a pinch of salt.

In a way, this movie is for the Americans and contributes to their feeling of patriotism because many considered the killing of Osama bin Laden a landmark in the history of their war against terrorism.

Here’s some interesting trivia for those wondering about the movie title: “Zero Dark Thirty” in military terms means 12:30 AM, where “Zero Dark” is the term for midnight and 30 to show 30 minutes past 12.For those planning to watch the movie, keep an eye out for the scene during the raid where you can see Maya looking at the clock and it reads 00:30. For those who haven’t seen this much anticipated movie, you must check it out.