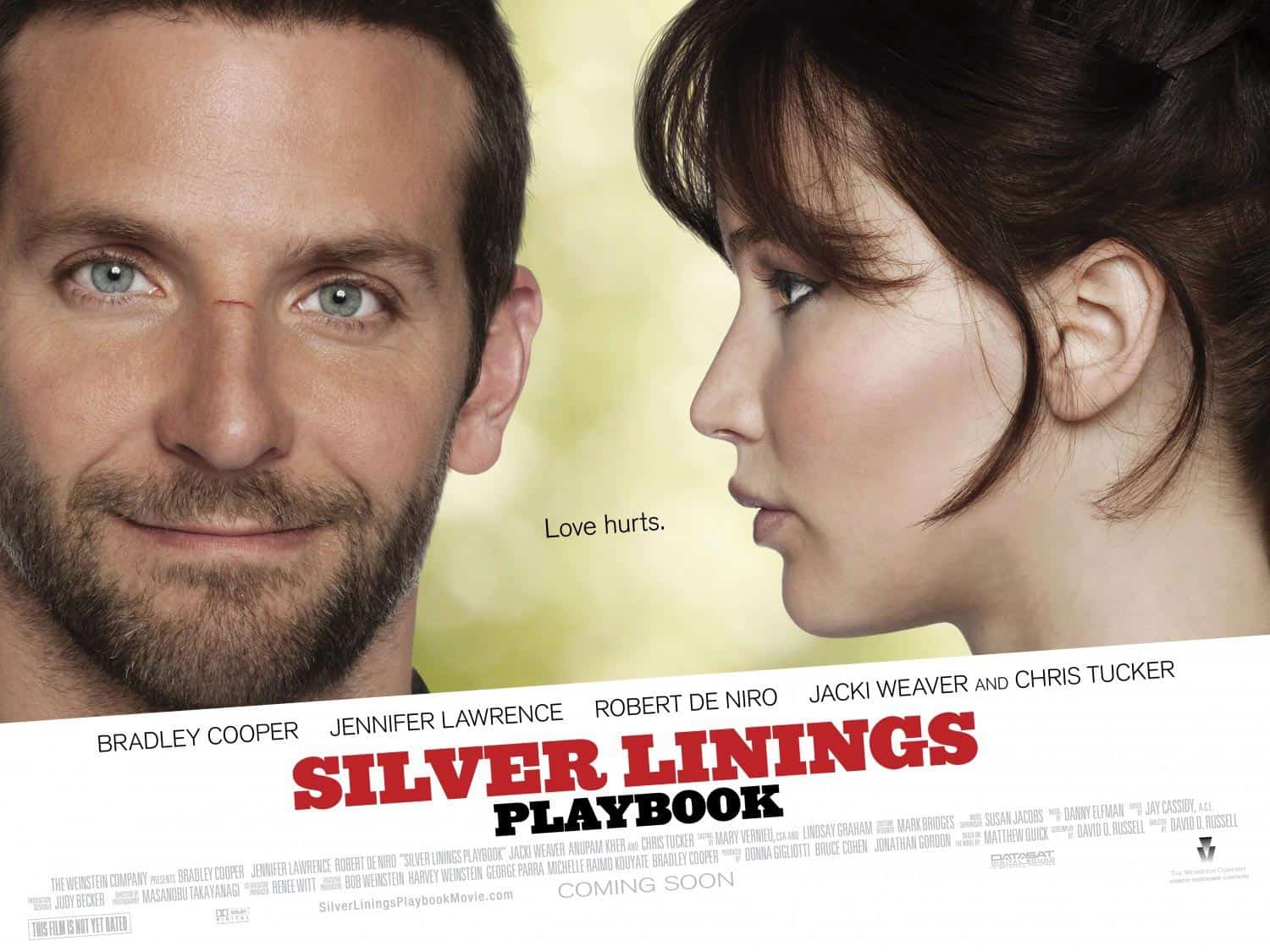 After a stint in a mental institution, former teacher Pat Solitano moves back in with his parents and tries to reconcile with his ex-wife. Things get more challenging when Pat meets Tiffany, a mysterious girl with problems of her own.

The title is the key to understanding what this movie is trying to tell its audience: you need to find your “silver lining” to get through life and that’s what the protagonist Pat is trying so desperately to do at the point of being delusional. He is bi-polar and prone to outbursts of anger and violence and his separation from his wife fuels his behaviour much to the displeasure of his family and friends.

His obsession with his former wife leads him to create a whole lot of chaos. All the characters have got a screw or two loose, and their interactions provide for awkward yet funny situations throughout the film. He struggles most with ridicule, including that of his father who himself suffers from OCD.

There is also a message that everybody is a little crazy in their own way. We all know that person who is obsessively clean or stubborn or too laid back for their own good. Without taking things too seriously, the plot is driven forward by a bunch of admittedly random elements such as football, a bit of gambling and most importantly, dance: it brings a smile on your face without you even realizing it and the final dance is like a story in itself.

I am not very happy with the amount of goofs. Every movie has its share of mistakes but the ones in this film are very noticeable and frankly very annoying. Some of the editing is poor and it’s like they wanted to wrap it up in a hurry.

The soundtrack is fun and suits the film well while making the mood for the characters on screen. There’s nothing noteworthy of the cinematography or editing but this isn’t an art film, so it’s excusable I suppose.

The dialogue is a little abusive, casual and mostly natural with a few dialogues hitting the right spot with their hilarity (“Why are they excited about a five?”)

In the slice of life genre it is very important to be able to sympathise and connect with the characters emotionally. There is a sense of familiarity as you watch Pat’s interactions with his family; they are reminiscent of the crazy situations at your own home: rising tempers, accusations and rivalries. Even though the main characters are both a little insane, you can relate to them in some ways and understand their insecurities because face it: we all tackle the same challenges in life, the doubts and questions and dealing with problems at every step. There is no such thing as true happiness.

The people who went expecting great things from this 8.0 rated IMDB flick will be disappointed and the netizens aren’t happy with the movie’s portrayal of bipolar disorder either.

Don’t let any of these things get you down, the movie may not deserve an Oscar, but it’s still a good one and keeps you entertained throughout its two hour run. Bradley Cooper is an established actor and delivers a good performance but Jennifer Lawrence of the Hunger Games fame plays a character who’s nothing like Katniss. She is sexy yet unstable and a bit crazy like most of the others in the movie whose cast includes big names like Robert De Niro and Chris Tucker along with Anupam Kher from our own side of the world.

The movie doesn’t try to be serious and in fact, it knows it is a little awkward, a little mad and so manages to be rather funny. While I do think it is hyped and overrated, by itself it is quite enjoyable if you keep in mind that it isn’t a drama about the human psyche, it’s a simple love story with a dash of madness and that’s all you need to take it for.