The Xpose (2014) Review: Misrepresented in a manner which would seem inconceivable to some, this flick is all about how a group of stars (or are they not?) can batter to death a good storyline and spoil the mood of a girl who wants to end her weekday with a thriller flick. All Himesh is trained at is his vocal chord which he uses to such an inefficient extent that even the good songs get a mere acknowledgment in the form of a yawn from the audience.

Director Ananth Mahadevan plays a director in his own film, which is a wastage of talent and dearth of it too. Remember the times when you have watched the B-grade movies and thought what if the director who is fucking the actress is actually the same director? Well, the wait is over. A movie where a brother acts, the other produces and newbies seduces the hell out of your senses. 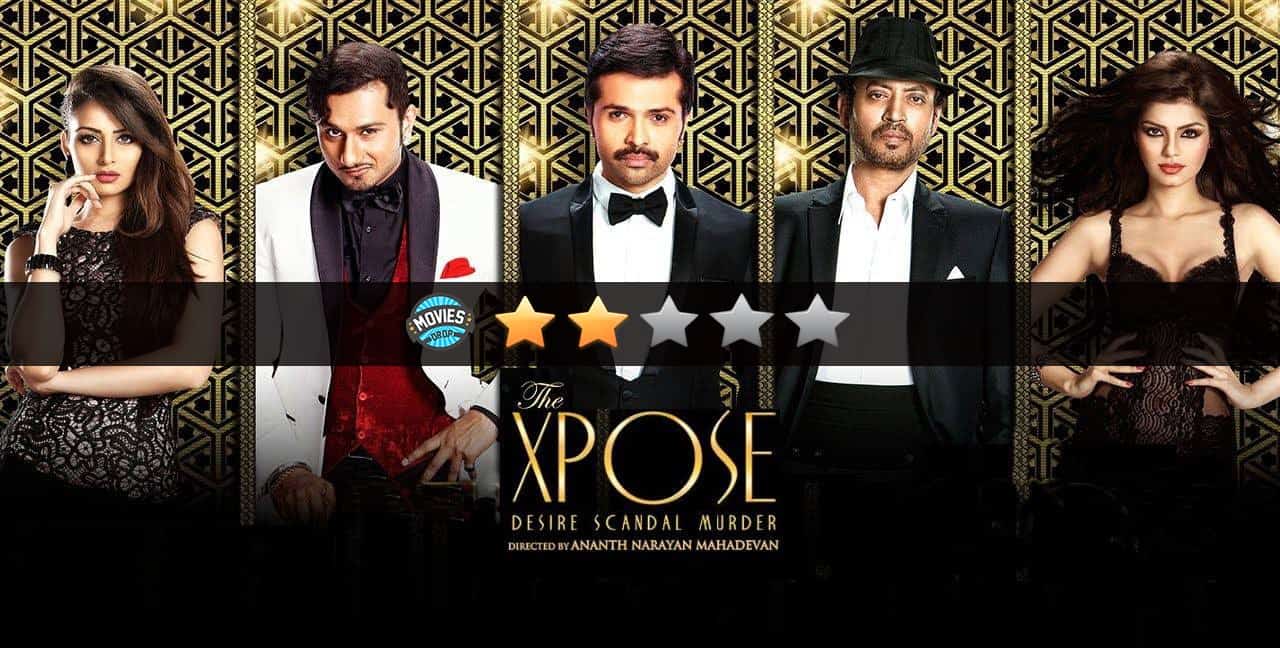 To be fair to Himesh, he deserves credit for delivering lines like “Ravi Kumar langot ka pakka hai…” with a straight face. Then again, we may be mistaking lack of expression for stoicism. As Ravi Kumar tells his director, “Whatever I utter becomes the script,” it’s an unwittingly metaphor, what with Himesh taking story credit.

The story is like a real good piece of art in the movie which tries to focus on areas where most of the mainstream movies fail to, whence in the stance of being starstruck with big brand names. So, an actress falls of a building and dies, Bhagyashree style and there is where the other actors jump in. (Doesn’t matter who cause in any case, you wont remember.)

Saddled with glaring plot holes, caricaturish supporting cast, unintentionally funny punchlines, and Himesh Reshammiya, The Xpose is like Gunda, with better production values – Thats what most critics are thumbing at this moment (Others haven’t dared watch). We always knew this movie was going to the bricks and the barbers but now I am sure! Yo Yo Honey Singh making his acting debut as upcoming music composer KD who inexplicably walks with a stick in hand and slurs his way through the entire film. What is happening! Some days ago, I was watching Femina Miss India and I was shocked at how dumb the judges could be. One dumbness judging the other and now when i see these people acting on screen, all I can think of is how are we going to survive this era?

The movie is bland. It is either too gushy and fast or too slow and thick. But, one thing which held my attention in the movie was the way characters were introduced and interpreted! Brilliant when it came to cinematography. All my ratings are for the way things have been captured. The fall, the shots and the angles at which each scene is depicted. And guess who wrote? Himesh Reshammiya. He sure does deserves a round for writing, acing and singing in a movie along with successfully eating our heads.

Like a dozen songs. I am too tired to write a review on music. We all know who sang what and how. 😀 😛