1. Saif Ali Khan recently said he wouldn’t have done the film ten years ago. This explains the most throbbing pain which Bollywood is suffering from – Bullshit. Bullshitting was a phenomenon when movies like Kagaz ke phool, Chor, Naagin, style were said to be hitting the bulls ‘anus’ and not the eye. Nowadays, every other director is losing composition of making a movie which is meaningful, good and sensible. So, they give you Humshakals kind trash.

2. Teen tigaada, kaam bigaada. The more stars these days we get to see fit in a screen, the worse it gets. There is something about newcomers these days, I mean – look at Citylights! or say Queen! I mean, please for god-sake, remove-a-star-packed-uselessly-screaming-in-our-faces-performances.

3. The bitter truth. Bollywood imitates like hell. Sajid has started imitating his own movies, Housefull for one, such is the dearth of stealth talent too nowadays. It needs intimation and not imitation. Somebody needs to make a movie on the copycat styling of Bollywood REAL SOON.

Grim era for Bollywood I say. 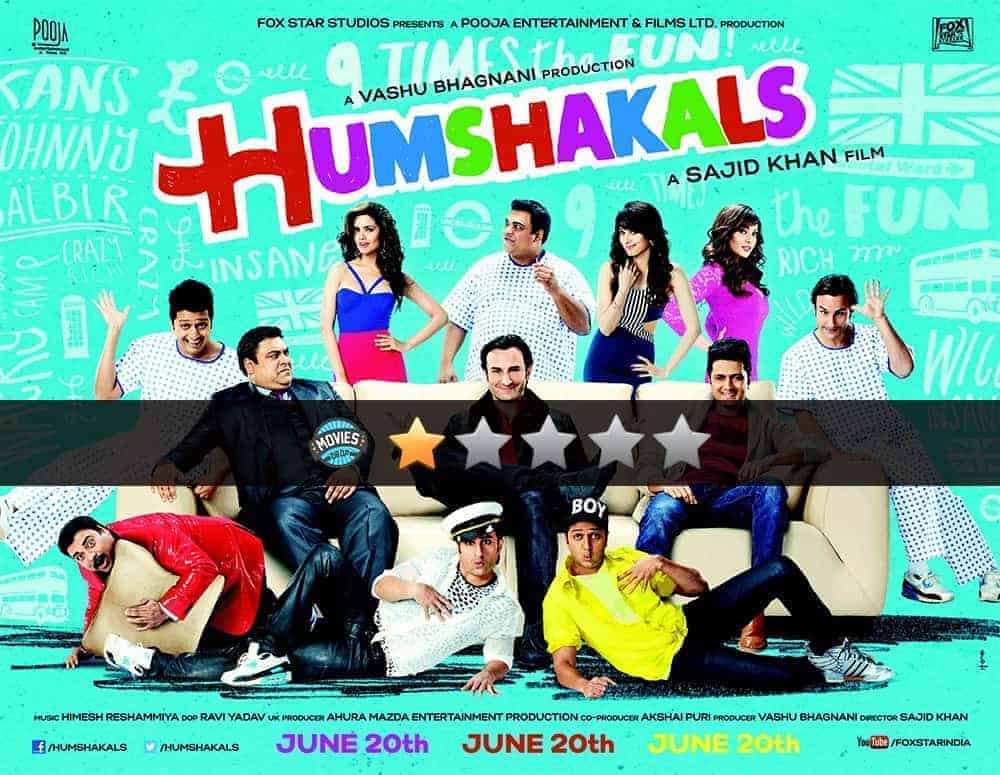 Trailer gave us more than just headache and smirks – The story.

Sajid once was so darn talented. Now I am wondering whether this movie was directed by his delusional mad Humshakal or what. Riteish is the one who might be of some interest in the film, followed by Ram Kapoor. I was searching for something good to say for Riteish, so much so that I can praise his character sketch which we have seen in Ek Villain. Saif is nuts in the movie and maybe in reality too, kind of proves why he has been acting as if this movie was some kind of due date hit shit. We meet a sexy secretary, a pretty show anchor, a hot lady doctor, a mad metal asylum warden and a smuggler with two dwarfs as his bodyguards. Its just a bad mash up.

Bipasha, Tamannah and Esha were signed only to strut and smile. They fail miserably at that too. Music is a saver actually. Only if you liked the audio, will you be satiated with the video versions.

Bollywood’s lowest peak is here friends. Watch it if you can. Its a challenge Yo. I have better things to do though.