Netflix is a popular American provider of on-demand Internet streaming media. People normally use to for watching online TV shows and Movies. They have exclusive an ISP Speed Index which updates every month, showing the average Netflix connection speed. Netherlands tops the list having the Fastest Netflix Speeds at 3.5 Mbps. Surprised to see United States and United Kingdom not placing in the top 5. 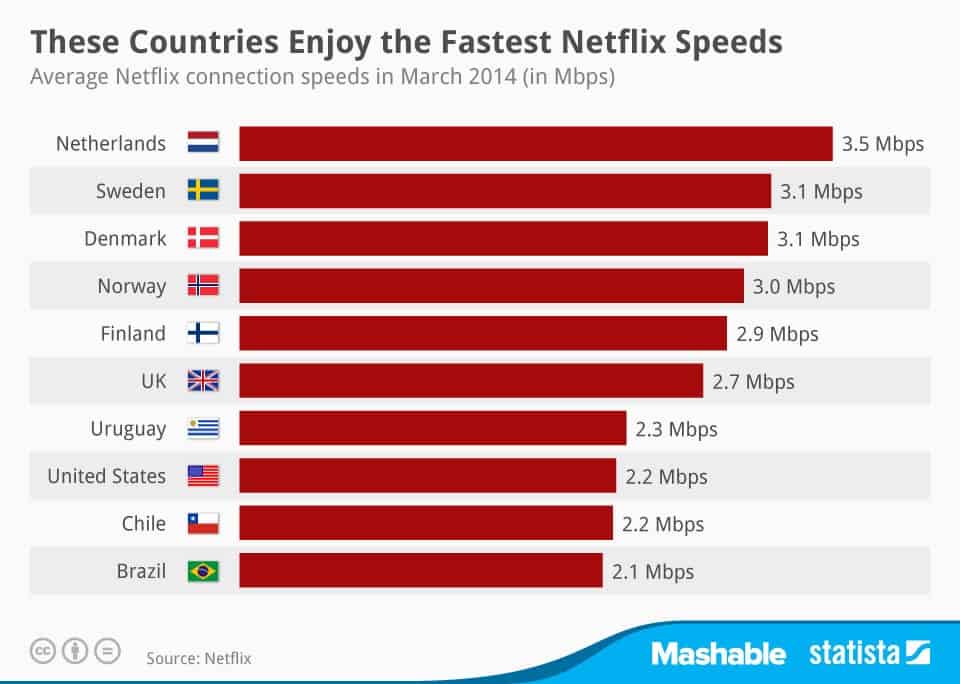 It is to be noted that Netflix made a deal to access Comcast’s broadband network directly on February. This chart here shows the average Netflix connection speeds (and Fastest Netflix Speeds) in March 2014 (in Mbps).