Ragini MMS 2 (2014) Review: This is a Bollywood horror-thriller 3D film directed by Bhushan Patel. It is co-produced by Ekta Kapoor and Shobha Kapoor under Balaji Motion Pictures and ALT Entertainment. It is the sequel to the 2011 horror movie Ragini MMS. 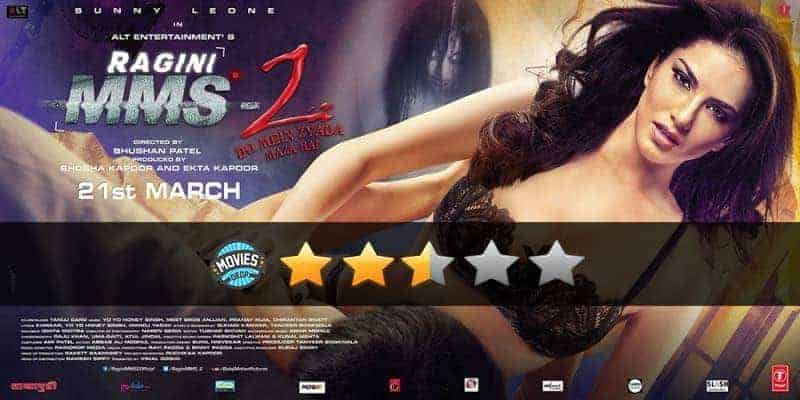 But after watching Ragini MMS2, I am perplexed that wether I was horrified of the stupid script more or the theme? This movie is undoubtedly sex-horror. And all it accomplishes is sex. You might get spooked by some scenes but yeh dil always manage more and Ragini failed to offer the needed shrill-chills. And I have no idea whether the prequel was better than this or not. None at all.

Rock (Parvin Dabas) wants to make a film based on the incidents which took place with Ragini and Uday in the prequel. He signs an actress named Sunny (Sunny Leone) to play the lead role of Ragini. In order to make the film more realistic, he decides to shoot the film in the haunted bungalow where the incident had taken place. Then the horror starts.

It seems that director Bhushan Patel had not much to say throughout the shoot except saying ‘cut’ on time. LOL. The cast is sunny. The crew is Sunny. Everywhere I want to praise or dilute someone – I only think of Sunny because the whole movie actually rests on her shoulders! (And thighs maybe 😛 ) Director of the film, Bhushan Patel, has senselessly placed bad humour even in the supposedly ‘scary scenes’. This makes the film into a complete spoof. In terms of makeup and treatment of ghosts in the film , Ragini MMS 2 copied the Hollywood flick “The Grudge”.

Loved the Lori of death. Absolutely scary shit. Chaar bottle Vodka is already an hit though however much spoofed it sounds. The item song by Sunny is a treat too.

10 Interesting Facts About Sunny Leone You Might Not Know.