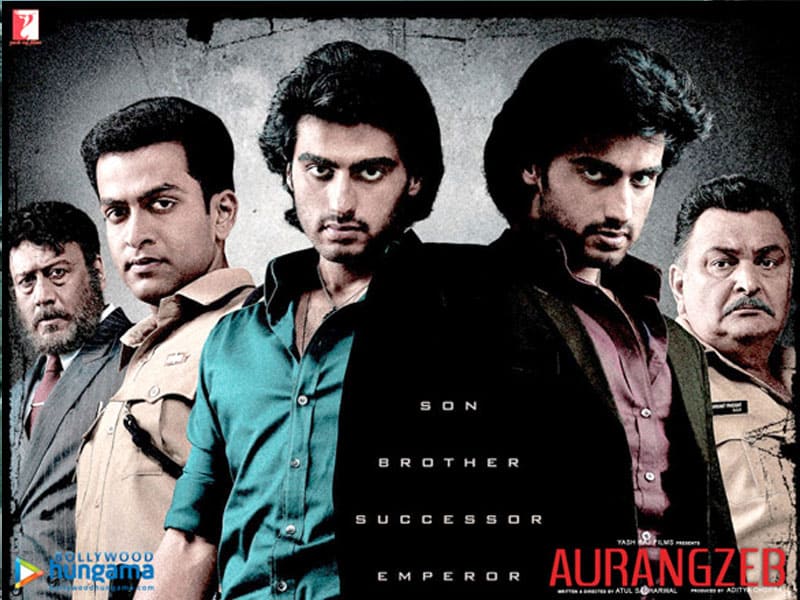 No, it’s not some Mughal-returns. It’s a fast paced crime thriller which brings out the right amount of shadyantra in the History. I cant say if it’s a remake of Trishul as I haven’t watched this oldie… but, the movie which opened with an above average occupancy in the screens throughout the country.

It has a pretty dramatic first half which fades away like the TV series ‘heroes’ climax season by season. The dialogues are witty and I was surprised to appreciate a crime thriller just based on performances. A standing round of applause for Arjun kapoor. He acts like a veteran. “Apano ki kimat sapano se zyada hoti hai..!!” Ever heard of a movie with a strong story but bad script? This is it. The direction, I had rather not comment.

Yashvardhan (Jackie Shroff) is a goon in good pyjamas. Who runs an illegal racket of crimes through a cover up in real estate. Ajay (Arjun Kapoor) is his left, right and both hand. 😛 He is the one who plays the game with intelligence and a calm which only Mario Puzo would touch. The police catch Ajay and send a doppelganger kind of lookalike to Yashvardhan while they snitch all the top secrets from the real Ajay, who is tortured in police custody with no mercy.

I could sit and write a bucket load on the people who acted in this movie. They all did justice to their roles. They might have put a lot of hours too. Arjun Kapoor couldn’t have done it better. He has panache. A new age don look and he looked royal mixed with rocks whence tortured. A performance which is achieved after 100 movies and 100 rejections.

Jackie Shroff as Yashwardhan was his comeback and he was bueno (as they say in Spanish!). 😉 Rishi Kapoor as Ravikant did a commendable job. Deepti Naval was boring. Sikandar Kher as Dev added zeal to the script which had fallen off in the second half. Swara Bhaskar as Suman showed the audience a lot of potential and carried off well. Prithviraj passed like a much awaited exam, while his fans might be expecting, he didn’t. The script puppeted his skills, which I believe, could have been more challenging. Arjun overshadowed him, all in all. All other supporting actors, the choreography and photography were minimalistically average.

After Aashiqui 2, I am finding it abnormal to rate music in the newly hit fledglings across the town. Barbaadiyaan, Jigra Fakira and the title track are the only songs which make you feel that you are alive when it becomes too much off script.

Arjun Kapoor is a reason why Aurangzeb can succeed. It’s not classic. (What were you thinking Shalini? a godfather!) 😛 😛

The movie promises you some genuine thrills, surprises and some really powerful scenes. But, the execution somewhere looks quite unsatisfactory and half-baked. Just don’t expect much after reading this review, and I hope you had accept the movie as it is. No flaws channeled. And no strings attached. 😉