You have blockbuster movies, you have commercial movies, but when you have “Gravity”, you have a new vision of future movies. Gravity is the talk of the town and we all know they ruled the 2014 BAFTA awards.

Gravity is a 2013 British-American 3D science-fiction thriller and space drama film. Directed, co-written, co-produced and co-edited by Alfonso Cuarón, the film stars Sandra Bullock and George Clooney as astronauts involved in the mid-orbit destruction of a space shuttle and their attempt to return to Earth. 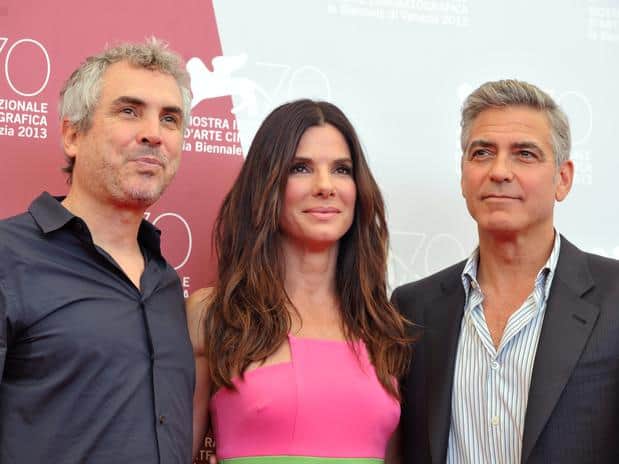 Director Alfonso Cuaron revealed in an interview that Angelina Jolie and Robert Downey Jr. had been in talks to star in the science-fiction thriller movie “Gravity”.

Alfonso Cuaron: “I had conversations with Angelina, but then she went to do one film, and then she was going to direct the upcoming 2014 drama ‘Unbroken'”. He added, “Something happens, you part ways.”

Alfonso Cuaron: Downey’s participation was hampered by the technology used to film “Gravity”.

“I think Robert is fantastic if you give him the freedom to completely breathe and improvise and change stuff,” Cuaron said. “(But) we tried one of these technologies, and it was not compatible. And, after that, we (had a) week that we pretended as if nothing was happening and then we talked and said, ‘This is not going to work. This is tough.'”

You can watch the full interview here: