Anurag Kashyap’s Raman Raghav 2.0 released in the shadows of hypes of another Anurag Kashyap’s movie, Udta Punjab. With two movies coming back to back it was evident that one of them will face the darker side of the game of publicity. Nawazuddin Siddiqui starrer Raman Raghav 2.0 was not very well publicized and that reflected over the first day first show strength. 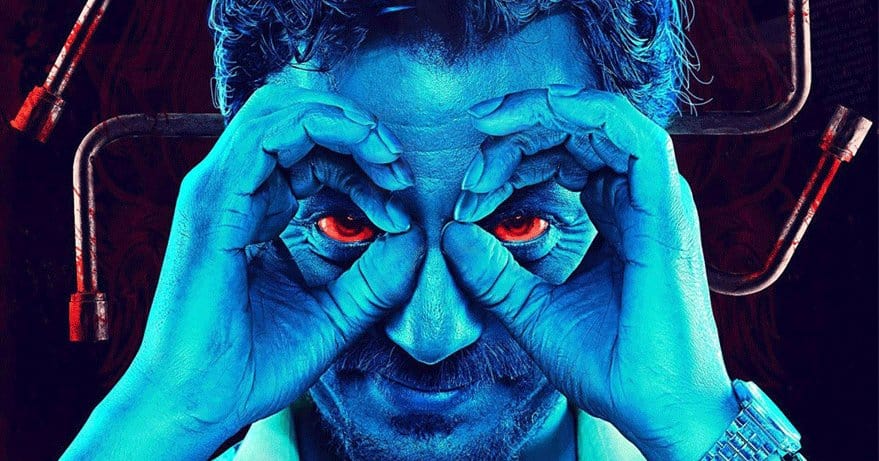 Raman Raghav 2.0 is based on the story of the infamous serial killing of notorious Raman Raghav in the mid 60’s in Mumbai. He was believed to have killed more than 40 people before he was caught. Ramanna, played by Nawazuddin Siddiqui, is repeating the same killing in this present era. He is using an iron rod to kill people with whom he had or is having problems. He is a psychopath who himself surrenders to the police at the beginning of the movie but the Police, not believing in his ‘So called Stories’ of murder, loses him free again to hunt people.

Another protagonist of the movie is the cop Raghuvendra Singh Ubbi, played by Vicky Kaushal. He is working on the same case, catching the serial killer. The cop himself seems to be a bad guy throughout the movie, having all the characters of becoming the counterpart of Ramanna. He is a drug addict, is forcing his girlfriend to live in an abusive relationship and ‘ofcourse’ is a badass.

The concept of Raman Raghav 2.0 is actually explained at the very beginning when Nawazuddin Siddiqui was getting interrogated. He explains that how Cops and ‘he’ are just the two sides of the same coin. They both can kill anyone on their will. The only difference is that the cop will get to live a good life given by Government for killing and ‘he’ will get to sleep and food to eat for ‘free’ in Jail.

As the story unfolds, both the protagonists’ lives entangle as Raman wants his Raghav and Raghav is looking for Raman.

Nawazuddin, as usual, was strong with dialogues and his psychopathic behavior. He can give you Goosebumps at some of the scenes. The writing for this character of Ramanna is strong and is having lots of depth in it. The back drop story of Ramanna is actually missing (I really wanted to know the reason of his ‘such’ behaviour) but some of the side stories were really good, for example, the story of his sister; that episode was actually a highlight of the movie as it explains how ‘Behuda’ the character of Ramanna is!

Vicky Kaushal as Raghuvendra Singh Ubbi is the character that developed pretty slowly. He appears as the side character in the movie but slowly, after the incident of his interaction with his father, this character grows magically. Vicky Kaushal justified the character and showed that he has good potential, but unfortunately, for this movie, the writing part for his character was pretty weak (except the climax).

The credits part at the beginning was energetic because of two things, screenplay, and music. For me, the credit part is important because it sets the pace for the viewer. There were three songs, but only one stands out, and that is ‘Behuda’.

The movie kicks off pretty well with the introduction of Ramanna within the police custody but soon after this scene, the whole movies turns out to be just a tale about blood and gore. There are so many ups and downs in the movie that it takes away the flavor of watching a ‘good’ movie. Nawazuddin is the only thing to watch in the first part. The second half promises to deliver but again falls flat. The pre-climax part of the movie is ‘patience testing’ one. Finally, the climax is one thing that I liked a bit; a bit because it was good but not justified.

For me, this movie had a great plot to weave a good movie around but because of bad writing it falls flat over the audience. My rating for Raman Raghav 2.0 is 2.5 out of 5 stars.

He made his debut in the writing industry with ‘Hey Dad! Meet my mom’, the book which is still a hot topic of discussion amongst readers.