In 1969, a group of young men would turn the world of televised comedy on its head. Graham Chapman, Eric Idle, Terry Gilliam, Terry Jones, John Cleese and Michael Palin gave birth to “pythonesque”, or rather, the uncanny ability to make fun of and ridicule everything under the sun through satire, surrealism and black humour. Thing is, unlike most comic sketches we see today (and which owe their existence to Monty Python in the first place), it was done masterfully. There was nothing ever quite like it before, this bizarre stream of consciousness, imbued with black humour and guaranteed to have you in fits of laughter for the silliest of things. In an age of light humour and a bouncy, colourful TV, Monty Python sought to bring something totally different to the screens; hilarious dramatization, a tongue-in-cheek reminder for everyone not to take anything in life too seriously. 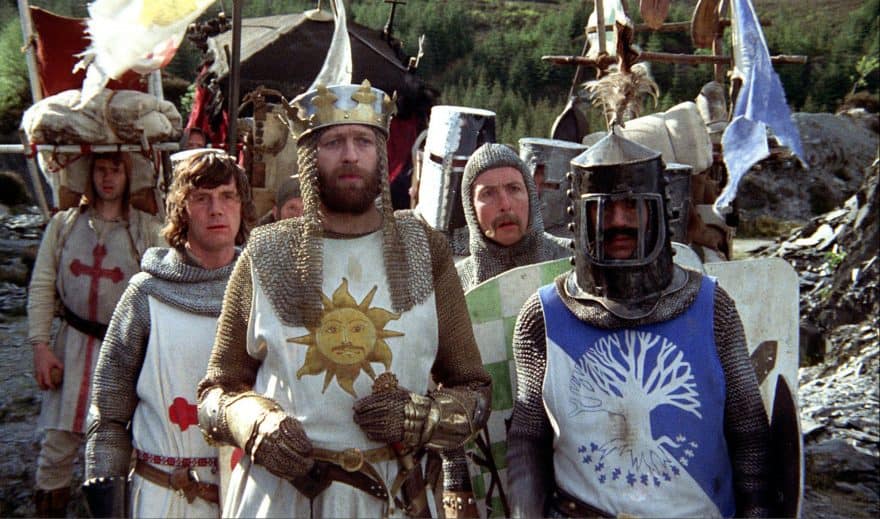 Fast forward to 1975. The credits to the movie we are about to watch announce we are about to see Monty Python and The Holy Grail and beneath that, its irrelevant translation in Swedish. The translations, which go off at a tangent when they start narrating a somewhat personal story involving a møøse who bit someone, are simply a hilarious prologue of what is to come. Tables are turned and the viewer cannot help but giggle through what is usually the mosy boring part of any film; its opening credits. Monty Python and the Holy Grail was filmed with a budget which the protagonists somehow managed to scrape, using the gloomy backdrop of Scotland and the infinitely resourceful minds of the main characters. As self-proclaimed King Arthur bounces off on an imaginary horse (using the clapping of coconuts as hooves, naturally) he collects Knights for his Round Table in Camelot. Along the way he faces worthy adversaries (killer bunnies, the Black Knight who suffers the shortest duel ever recorded and ends up dismembered), engages in political discussions with peasants (“Oh king, eh, very nice. An’ how’d you get that, eh? By exploitin’ the workers — by ‘angin’ on to outdated imperialist dogma which perpetuates the economic an’ social differences in our society!”) and demonstrates sheer intellectual propensity in his selection of knights (snort).

The movie has moments of comedic brilliance, the like of which is rare to come by anywhere else. Perhaps it is in the absurdity of it all, the tendency to ridicule cinema for cinema’s own sake, which makes it a firm landmark in movie history. In its more subdued moments, when the viewer has safely recovered from his last laugh, the script and the acting shine through. Its black humour fails to leave out any race, gender, religion or ethnic group out of its artfully spun web of mockery and sarcasm and it is probably this combination of satire, drama, and good ol’ British comedy that has helped the cult status of this genre spawn hundreds of imitations all around the globe. But don’t just take movies or TV series. We now have Monty Python board games, Monty Python online games, Monty Python party food recipes, every sort of merchandise under the sun and there are also talks of a Monty Python ride at a new theme park in London. The multi-billion London Paramount Entertainment resort project is earmarked for completion in 2020 and promises to have some of BBC Worldwide’s biggest brands, including Monty Python themed-rides. Heaven.

It might be more than 40 years since The Holy Grail, but Monty Python’s influence still has reverberations to this present day. To prove this – the Holy Grail keeps on getting new trailers, decades after it was aired. If that doesn’t tell you it’s still alive and kicking, then I don’t know what can.

But there’s more to it than that. Monty Python reached its legendary levels because of what it helped create long after it first appeared on screen. This British troupe has (probably unwittingly) created a movement we can all appreciate to this day and age.

1. Breaking down the Fourth Wall

You know what I’m talking about if you’ve seen Deadpool who does this incessantly. Monty Python used this technique when characters would address the audience when things got too silly, an innovative approach in those days.

“Spam” entered our everyday lingo when a sketch used the word spam instead of menu items, so that the conversations discussing the menu became a barrage of “Spam Spam Spam!” The effect was very similar to the moment you receive unsolicited mail, and therefore helped to push its use with web users.

Another term they coined, referring to their unique comic style that has endured through years. However, as Terry Jones reportedly said, “the fact that Pythonesque is now a word in the Oxford English Dictionary shows the extent to which we failed”, referring to their mission to turn Monty Python into an uncategorizable novel. Ah well, we can think of worse fates.

4. It inspired the creation of The Simpsons

Matt Groening, creator of The Simpsons duly expresses that the “high-velocity sense of the absurd and not stopping to explain yourself” were elements which went into the creation of The Simpsons. You know, that small, animated series, which generated £1.2 billion in revenues in the first 14 months of merchandise sales…

Incidentally, the Flying Circus Foot, which squashes the couch in the opening to Season 5, is actually a reference to Monty Python. 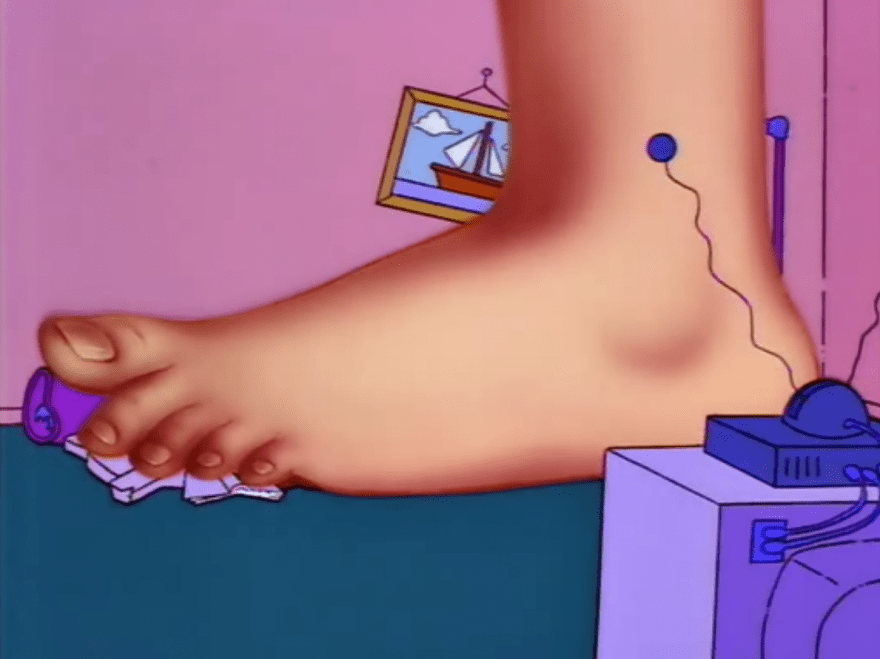 5. They have lent their names to a LOT of things

From Asteroids (seven asteroids were named in their honour) to fossilized reptiles (Montypythonoides riversleighensis has, since 1985, been the name of a 15 million year old, 30 foot long fossil python) to lemurs (avahi cleesei, a wooly Bemaraha lemur named after Monty Python member John Cleese) – Monty Python has literally left their mark everywhere.

6. They have changed the small screen forever

With sketches which weave in and out of each other, abrupt endings and absurd characters that seem to be the be all and end all of every sketch, Monty Python managed to create something which is decidedly their own, changing even the viewer’s perception of what they believe to be funny.

In John Cleese’s own words, the need for comedy has never been greater – and he is right. As atrocities around us abound, we need more of this hearty humour, the wit and the absurd, and the importance making serious matters answerable through ridicule. After all, no one comes out of this life alive. Might as well make the most of it and laugh along whenever opportunities come aknockin’.