This fairytale does not grows on you. But it rather settles. I await the lyrical jumpy feel-good songs and meanwhile hope that the cast does something unforgettable, which of course, doesn’t happen. Khoobsurat lacks the magic which Disney gives but that is because Bollywood is rare in magic. Otherwise, this I-am-in-love movie smacks romance and comedy every once in a while and you feel fuzzy in the heart and consoled in your head. 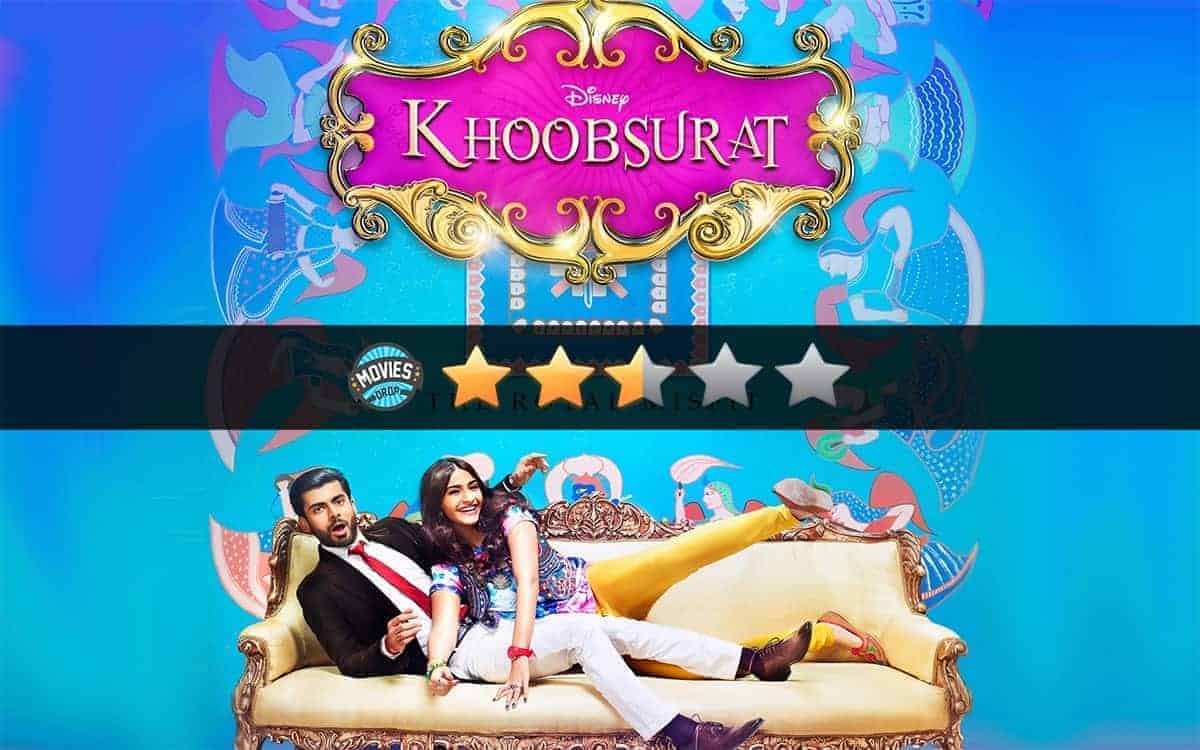 Sonam Kapoor is enthusiastic the role of the bubbly Mili and comes up with a delightfully droll star turn, investing the character with both elfin charm and infectious goofiness. Fawad Khan provides the perfect foil, delivering an impressively consistent performance. Ratna Pathak Shah and Aamir Raza Hussain add to the uniqueness of the casting. Wish one could say the same about Kirron Kher, who gets boring.

The direction is a newly paved path for many to accustom to. Disney brand is marked all over the movie. Though the film starts on a promising note, the story and screenplay have no meat in the second half and all characters seem to have lost direction. It is both funny and flashy, but its many flourishes are delivered in measures that religiously avoid excess

I would not like to compare 2014 Khoobsurat with Rekha’s ‘Khoobsurat’. This movie is more of a ‘princess diaries’ affairs.

Among the brighter elements of Khoobsurat are the wonderfully off-kilter compositions by music director Sneha Khanwalkar. I loved the songs since I tuned into them last month. ‘Preet’ is beautiful. ‘maa ka phone’ is irritatingly fresh ringtone of the year, while ‘Party abhi baaki hai’ has Badshah(The feat given in Honey Singh’s ‘choot’ star by far) in full bloom. ‘baal Khade’ and ‘naina’ are differently sung. While ‘engine ki seeti’ is pure joy. All in all- 5/5 for such delightful tunes.

Watch it. It is for the weekend, but leave your expectations and kids(Though a Disney advent, it is not THAT Disney a dip) home.

Daawat-e-Ishq (2014) Review: Daawat-e-Ishq is a 2014 Bollywood comedy drama film directed by Habib Faisal and produced by Aditya Chopra under the banner of Yash...