I used to engage in a fight with my friends for two actresses mostly, they are “Scarlett Johansson” and “Megan Fox”. They are both talented and hot. Today I decided to write about Megan Fox, so we are going to see some interesting Megan Fox facts. Before proceeding this article, I would like to remind you that she is married and has two children as of now. 😛 This came as a shocking news to me too, but we have to live with it unfortunately. 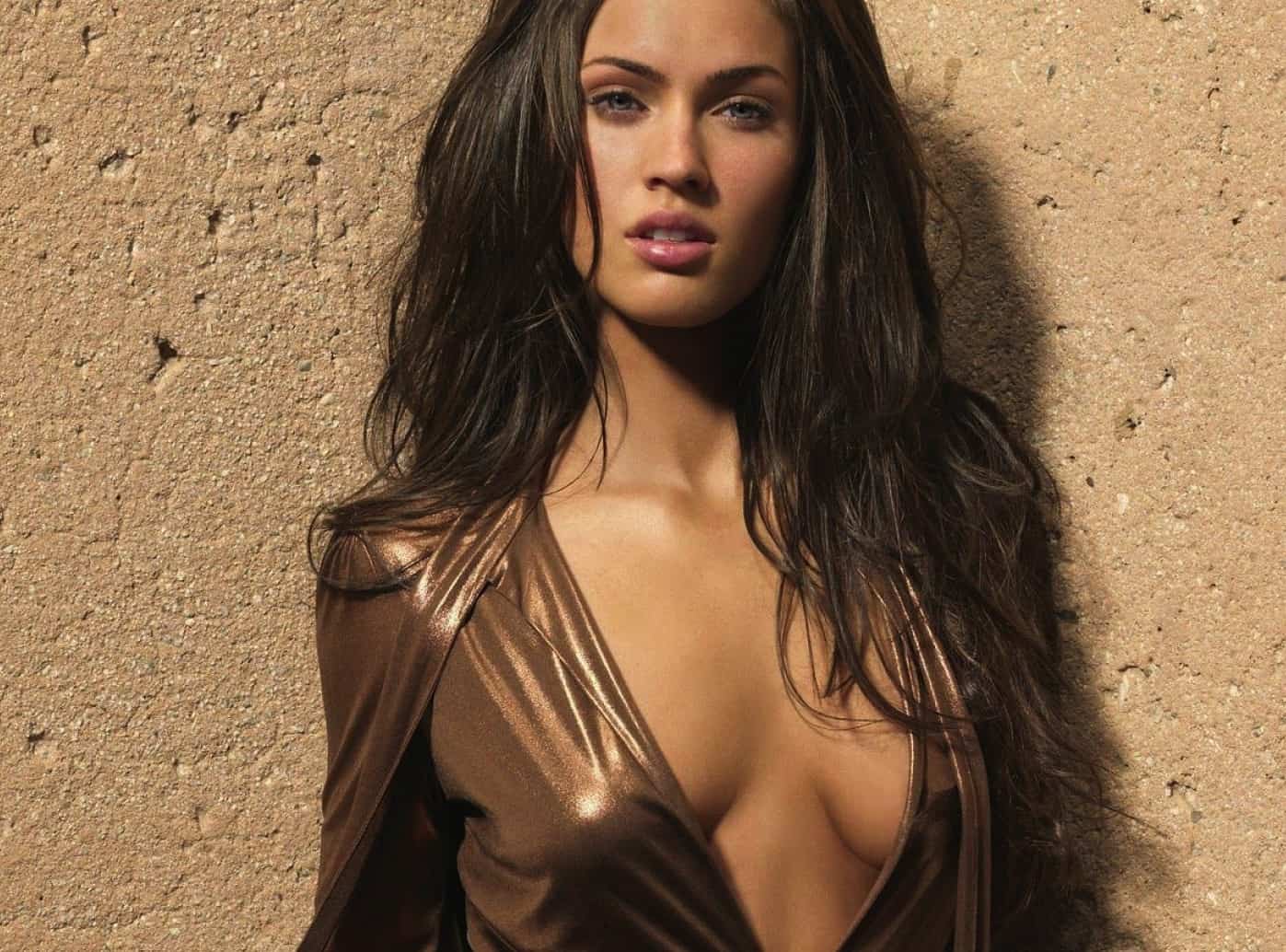 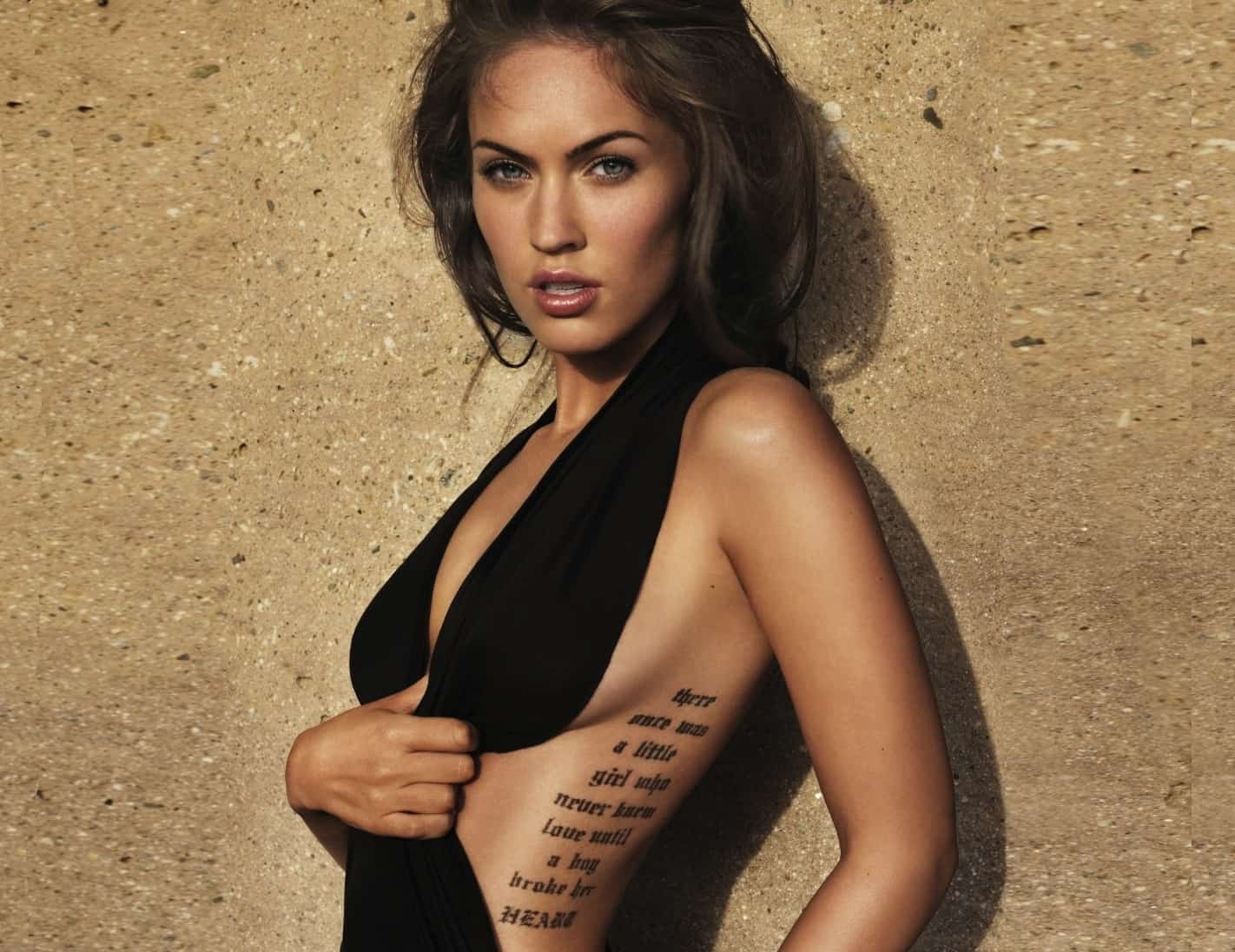 Megan Fox is a big fan of Tattoos, rumours say that she has nine tattoos totally. It also includes William Shakespeare’s “King Lear” tattooed on her right shoulder which says “We will all laugh at gilded butterflies.” She also has a tattoo on her ribcage which says “There once was a little girl who never knew love until a boy broke her heart.” Love failure?

Yes, beauty queen was caught shoplifting there when she was around 15 years old and thus getting her banned from Walmart. And yes, she was just stealing some makeup stuffs. Funny girls.

Before her big break in “Transformers”, she didn’t actually wanted to act, she just did that on purpose so that she can avoid college and also make money out of it.

Bullied not by boys but by girls, they were harsh at her and they used to throw ketchup packets her. She would sometimes eat lunch in her school bathroom because of this.

Megan Fox is a big fan of shoes and she has a huge collection of them. The right kind of Shopaholic I would say! I love shoes too!

Seems like the classic movie “Wizard of Oz” was the inspiration for Megan Fox’s movie entry, thanks to Dorothy. Megan Fox was just 3 years old then.

7. She Was Grounded Often

Megan Fox, like a sincere naughty girl got constantly grounded for performing various mischiefs, which includes sneaking out and borrowing cars before she even had a license.

Megan Fox had a small cameo role in the 2003 blockbuster movie “Bad Boys II”. But we wouldn’t have probably noticed it because she played as a dancer in a night club.

As a part of an interview or a so-called movie scene, director Michael Bay revealed that he actually made Megan Fox wash his Ferrari car during the audition.

Hahaha, pretty awkward isn’t it? British newspaper “The Sun” actually announced August 4th as Megan Fox Day. They said she deserves a day, a full day dedicated for her.

11. She Appeared In A Music Video

Not many actually knew that she appeared in a music video by Eminem and Rihanna called “Love the Way You Lie”. She appeared along with Dominic Monaghan (from ‘LOST’ fame).

Megan Fox revealed that when she was 20 years old she had a fear of flying and she used to listen Britney Spears songs for overcoming that fear. I’m still searching for those specific songs which gave her that power.

That’s all for now, but we’ll be updating this list constantly, so feel free to add your suggestions in the comments below. Thanks. 🙂