The Student Of The Year surely have hit the right notes of romance. The bar they have set with their performances and chemistry is going to be tough and I know they might not come off as good as this again and if they do – they shall reign. Shah Rukh Khan’s flamboyant Raj falls in love with Kajol’s reticent Simran, now, that is the inspiration behind Humpty sharma’s love story but mind you-its not copy paste of DDLJ. Predictable in most parts, Humpty Sharma Ki Dulhania entertains you from the first frame to the last one. 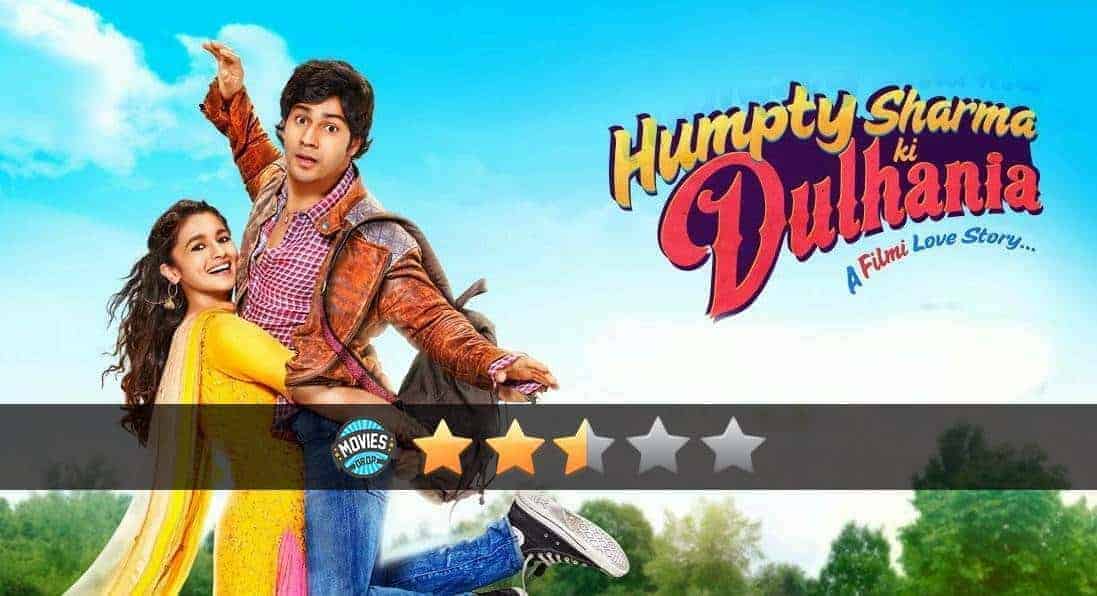 Humpty Sharma (Varun Dhawan) is a typical Delhite with partying and clubbing in his genes, who enjoys his share of witty one liners, wooing women, and partying Saturday Saturday style. Kavya Pratap Singh (Alia Bhatt) on the other hand is a simple Ambala di kudi, who sets off to Delhi to buy her dream lehanga and is helped by the kind hearted Humpty. The two embark on a journey to help their friend Gurpreet get out of a messy situation and amidst the chaos, fall in love. Then comes the problem which most Indians face. Their family agreeing to their love.

It’s hard to believe that the impossibly youthful leads are ready for graduation, let alone marriage, but once they meet, they set the screen alight, first with the kind of zingy repartee that is the stuff of screwball comedy, and later with a physical chemistry that goes far beyond the decorous hug which couples these days offer.

What was not hot about the movie is – The script falls below the belt line at times and you feel lost. The supporting cast is not so amazing as the story. The choreography is limited to songs. Where the Highway actor gets it right with her expressions, her dialogue delivery seems rushed.

The music is a copy-paste of hits from here and there but it sets the tempo. The song sequences are entertaining and are set in a manner which compliment the plot. “Saturday saturday” is the party anthem these days and lucky tu lucky me is adrenaline squeezers.

Watch this one if you need a break from the heat, the rain or work or absolutely anything. It compliments the money and time you had spend.

Bobby Jasoos (2014) Review: It is a Bollywood romantic comedy-drama movie directed by Samar Shaikh. It is produced by Dia Mirza. Starring Vidya Balan in...